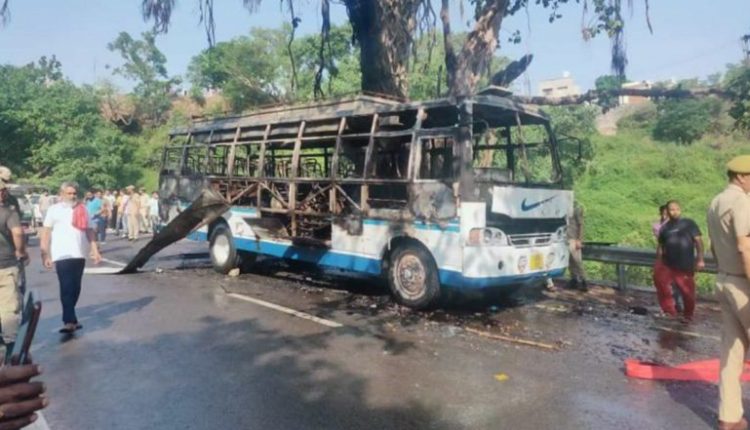 Jammu, May 13: Four people were killed and 20 others injured when a passenger bus caught fire in Katra area of Jammu and Kashmir’s Reasi district on Friday, officials said.

According to the officials, the bus, on its way to Jammu from Katra, caught fire near Nomai, about 3 kilometers from Katra.

Katra is the base camp for the pilgrims visiting Vaishno Devi shrine.

The injured have been hospitalized, they said.

Confirming the deaths, Additional Director General (ADG) of Police, Jammu zone, Mukesh Singh said initial probe does not point to use of any explosive.

A forensic team is looking into the cause of fire.