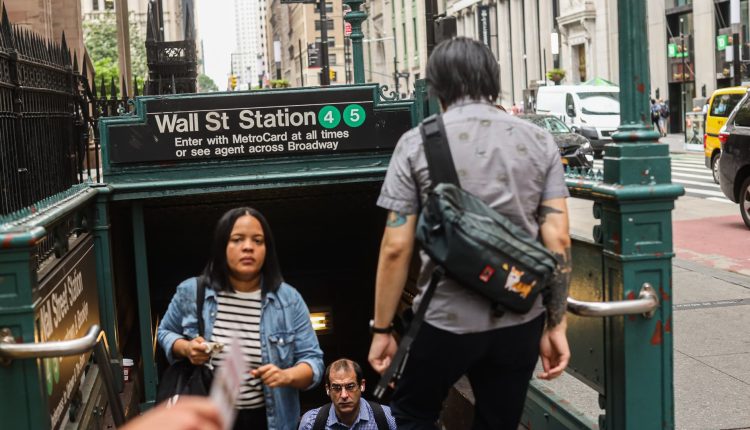 ‘We should have an objective definition’

Officially, the NBER defines a recession as “a significant decline in economic activity that is spread across the economy and lasts more than a few months.” In fact, the latest quarterly gross domestic product report, which tracks the overall health of the economy, showed a second consecutive contraction this year.

Still, if the NBER ultimately declares a recession, it could be months from now, and it will factor in other considerations, as well, such as employment and personal income.

What really matters is their paychecks aren’t reaching as far.

That puts the country in a gray area, Philipson said.

“Why do we let an academic group decide?” he said. “We should have an objective definition, not the opinion of an academic committee.”

To that end, the Federal Reserve is making aggressive moves to temper surging inflation, but “it will take a while for it to work its way through,” he said.

“Powell is raising the federal funds rate, and he’s leaving himself open to raise it again in September,” said Diana Furchtgott-Roth, an economics professor at George Washington University and former chief economist at the Labor Department. “He’s saying all the right things.”

However, consumers “are paying more for gas and food so they have to cut back on other spending,” Furchtgott-Roth said.

“Negative news continues to mount up,” she added. “We are definitely in a recession.”

What comes next: ‘The path to a soft landing’

The direction of the labor market will be key in determining the future state of the economy, both experts said.

Decreases in consumption come first, Philipson noted. “If businesses can’t sell as much as they used to because consumers aren’t buying as much, then they lay off workers.”

On the upside, “we have twice the number of job openings as unemployed people so employers are not going to be so quick to lay people off,” according to Furchtgott-Roth.

“That’s the path to a soft landing,” she said.

3 ways to prepare your finances for a recession

While the impact of record inflation is being felt across the board, every household will experience a pullback to a different degree, depending on their income, savings and job security.

Still, there are a few ways to prepare for a recession that are universal, according to Larry Harris, the Fred V. Keenan Chair in Finance at the University of Southern California Marshall School of Business and a former chief economist of the Securities and Exchange Commission.