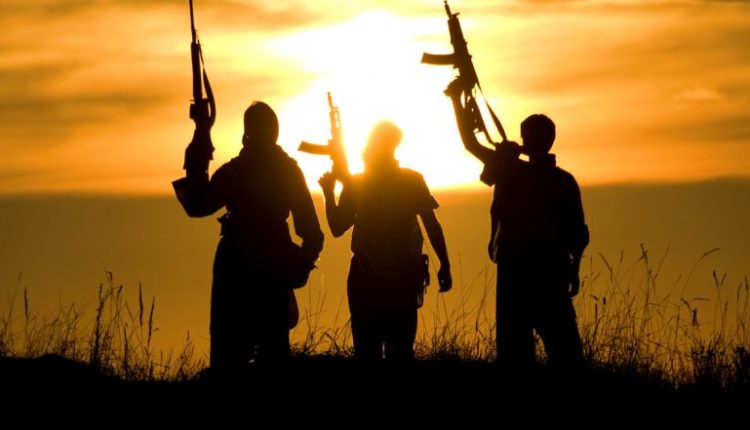 Bengaluru, September 23: The inquiry of two suspected IS terrorists in Karnataka has revealed that they wanted to help establish a caliphate in India with Sharia law in place of the existing Central government, said Karnataka Police on Friday.

A press release of the police said, “The main accused Shariq, who is absconding and the arrested two accused — Maaz Munir and Syed Yasin aka Yasin aka Bailu — in Shivamogga of Karnataka believed that India had got freedom from the Britishers, but the ‘real freedom’ would be obtained when there is victory over the present system through war and the establishment of Caliphate and implementation of Sharia law.” Karnataka Authorities on High Alert After Hizbul Mujahideen Terrorist’s Arrest.

“The IS is working towards it and declared war on ‘kafirs’ through jihad. Likewise, the arrested accused were also intending to wage war against India and for this reason they had gathered explosives,” police said.

The alleged terrorists used telegram app and subscribed to IS official medium ‘Al-Hayat’. Accused Shariq, who is still absconding, shared PDF files with both accused persons that contained the information and videos about the making of bombs.

The police said, “Timer, relay circuits were purchased from Amazon. They had also purchased 9 volts 2 batteries, switches, wires and match boxes and prepared explosives. The accused had conducted trial blasts successfully. They had gathered and stored explosives for use in various parts of India.”

“Wherever the trail blasts were conducted, the accused burnt Indian flags,” said the police. Shivamogga Superintendent of Police Lakshmi Prasad stated that the police had conducted raids on 11 locations and seized 14 mobiles, one dongle, two laptops, one pen drive, remaining materials at the site of bomb explosions and half-burnt Indian flag.

(The above story first appeared on Today News 24 on Sep 23, 2022 04:40 PM IST. For more news and updates on politics, world, sports, entertainment and lifestyle, log on to our website todaynews24.top).

Abhishek Banerjee: ‘I don’t mind if I get stereotyped, as long as…’ | Web Series