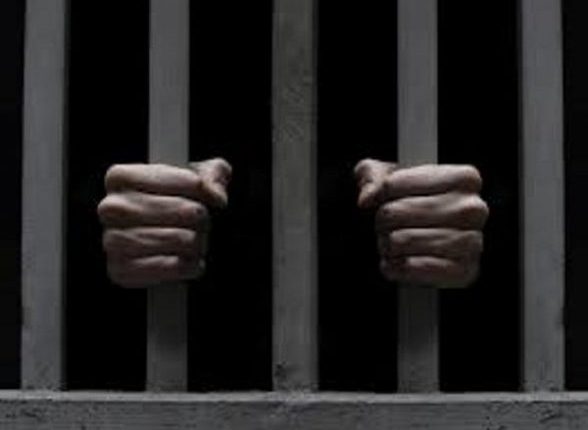 Singapore, June 23:  A Malaysian of Indian origin was on Wednesday sentenced to seven months and three weeks’ jail for terrorizing his girlfriend by beating her, smashing her phone after swallowing a SIM card, tearing up her passport and choking her with his hand.

Paartiban Maniam’s sentence was backdated to March 12 when he was arrested and remanded, TODAY newspaper reported.

The 30-year-old Malaysian pleaded guilty to two charges each of criminal intimidation, committing mischief and causing hurt to his partner.

He was intoxicated on all these occasions.

The court heard that Paartiban dated his 38-year-old colleague for about two to three years. They lived together with her uncle in Singapore from December last year until January 23, when he first assaulted her.

She ended the relationship around early March.

Paartiban had gone out for drinks with his friends on January 23 before getting into a dispute with the victim over the phone. When he got home, he accused her of being with another man and verbally abused her.

When her uncle took them down to the void deck of the housing block where he lived in order to settle matters, Paartiban slapped and punched his girlfriend. The older man had to tell him to stop.

Back at the uncle’s flat, Paartiban placed a kitchen knife close to his girlfriend’s neck, threatening to kill her. He later struck her head with a wooden kitchen towel holder.

Upset, she wrestled the holder from him and hit him with it, too. Her uncle eventually called the police.

Paartiban was arrested before being released on police bail. About a month later, on Febuary 28, Paartiban had moved out of the flat but returned.

When his girlfriend refused to let him in, he dislodged the metal gate at the main door by pulling it away from the wall forcefully. He then entered the flat, snatched her phone away and punched her face.

During their argument, he pointed a fruit knife at her chest and said in Tamil that he would “definitely kill” her.

He later pointed a pair of scissors at her abdomen area, threatening once again to kill her. She managed to calm him down and he put the scissors down before punching her shoulder.

Afraid of what he would do, she complied with his instructions to pack her belongings and leave with him.

All this time, he continued to shout at her, punched her shoulder again, then tore up her Malaysian passport, according to TODAY’s report.

Upon getting to the ground floor of the block, she cooked up an excuse, walked away and asked a passer-by to call the police for her.

Paartiban was arrested and released on police bail once more.

On March 11, he asked her to return his clothes to him.

He took her to a multi-storey car park and said that he wanted to kill her that very day.

She refused to get into a taxi that he had hailed, so he took her to a nearby bench.

When she sat on the bench, he fished a metal bottle cap from his pocket, bit it to sharpen it, and placed it at her neck.

He then checked her phone, said that she had called other men the previous day, swallowed her SIM card and smashed the phone against the bench several times before pocketing it. He also swung a bottle of alcohol towards her head but missed.

He proceeded to drink the alcoholic beverage and smashed the bottle before placing it near her neck. He also said that he would kill her that same day before killing himself.

He then picked up some shards from the bottle and asked her to follow him.

As she was drinking some water, he put his arm around her neck and choked her with his hand. A police patrol car then passed them, prompting him to leave.

She then approached the police for assistance.

The prosecution sought seven to 10 months’ jail for Paartiban.

For criminal intimidation, he could have been jailed for up to two years or fined, or both.