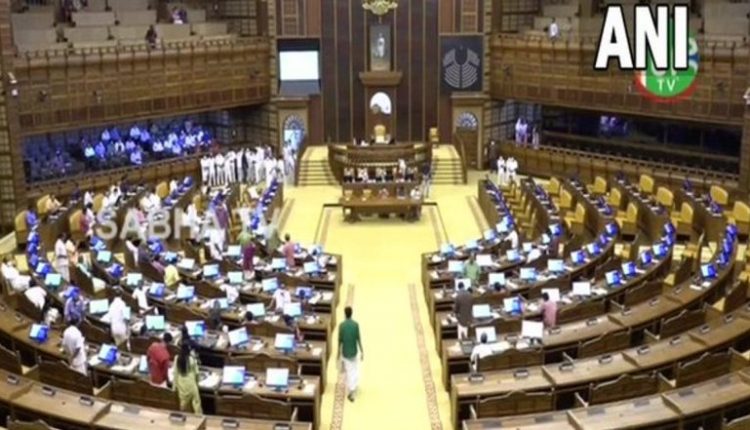 Thiruvananthapuram, August 5: The opposition Congress-led UDF on Friday urged Kerala Chief Minister Pinarayi Vijayan and Speaker M B Rajesh to convene a special midnight session of the state Assembly on August 14 to mark the 75th anniversary of the country’s independence.

Leader of Opposition (LoP) in the Assembly V D Satheesan submitted a letter to the Chief Minister and the Speaker suggesting the same. In the letter, he pointed out the precedents of the House in convening such special sessions on August 14, 1972 and August 13, 1987 to commemorate the 25th and 40th anniversary of the country’s independence, respectively. Independence Day 2022: Let’s Celebrate 75th I-Day by Hosting Tricolour, Singing National Anthem at 5 PM on August 14, Says Delhi CM Arvind Kejriwal.

Satheesan also wanted the Assembly to pass a resolution resolving to fight together to revive the glowing memories of the freedom struggle and to protect the constitutional principles including secular and democratic values.

If there is any inconvenience to convene the session on August 14 midnight, a special session should be convened on another day as part of the 75th anniversary of the independence, the Congress leader further suggested.