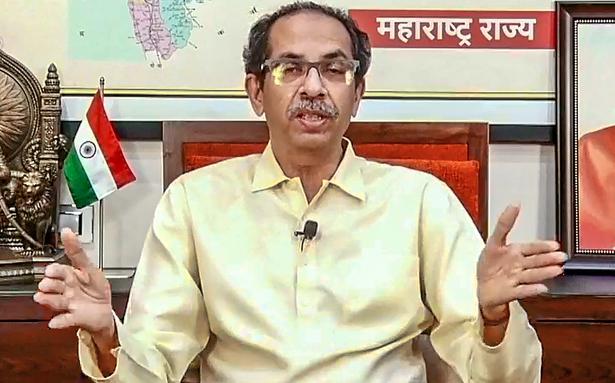 Sanjay Shirsat, the Shiv Sena MLA, alleged that Uddhav’s coterie did not him and other MLAs to meet the CM

Sanjay Shirsat, the Shiv Sena MLA, alleged that Uddhav’s coterie did not him and other MLAs to meet the CM

A letter from rebel MLA Sanjay Shirsat, representing Aurangabad West constituency, to Chief Minister Uddhav Thackeray on Thursday slamming the coterie surrounding the latter is a repeat of historical events for the party and also an indication that things have remained the same despite periodic shocks to the party in the last three decades.

Mr. Shirsat, in his letter, said, “We want to urge the people around you, who were never through voters but went Legislative Council or Rajya Sabha because of us, to allow and let us meet you. We never had a direct access to your official residence ‘Varsha’ despite us being the party MLAs. Usually the Chief Minister meets people on sixth floor of Mantralaya, but we never had the opportunity because you never went to the State Secretariat.”

Mr. Shinde’s rebellion repeats the history for the party as he retweeted Mr. Shirsat’s letter saying this was the ‘sentiment’ of MLAs. The letter alleged that ‘middlemen’ used to call us to meet Mr. Thackeray after numerous requests. “We were kept waiting outside the gate of Varsha bungalow for several hours and these ‘middlemen’ never attended our call. We used to leave without meeting anyone,” the letter said, asking why were they insulted in this manner?

The letter praised Mr Shinde saying, it was only him who was always open to hear us and was ready with solutions.

The allegations on the coterie of a Sena chief have been levelled during every defection. Be it now senior leader Chhagan Bhujbal (now with Nationalist Congress Party and a minister in state government) or Narayan Rane (now union minister from the Bharatiya Janata Party), every leader had accused the coterie surrounding the then Sena chief for quitting the party.

Raj Thackeray, chief of Maharashtra Navnirman Sena (MNS) and estranged cousin of Uddhav Thackeray, quit the Sena in 2005. “My war is not with my Vitthala (Lord Vitthala) but against the coterie,” he had famously said.

Even today, he maintains that he never had a problem with the then Sena chief late Bal Thackeray but was with those who advised him. Uddhav Thackeray was entering the politics then and it was a group of his loyalists whom Raj Thackeray accused.

When Mr. Bhujbal quit the Sena in 1991 claiming the support of 17 MLAs then, he was miffed over making Manohar Joshi as the Leader of Opposition and sidelining him in the party. In later years, Navi Mumbai strongman from Sena, Ganesh Naik too left the party alleging him being sidelined by those close to the party chief.

In 2005, Sena’s former chief Minister Narayan Rane announced that he was quitting the party and claimed the support MLAs. He too had targeted the coterie around late Bal Thackeray for his decision, with focus of his attack on Uddhav Thackeray. Now a Minister in Prime Minister Narendra Modi’s cabinet, Mr. Rane does not leave an opportunity to target the Thackerays.

What next in Maharashtra: Options before rebel Eknath Shinde and his group | India News