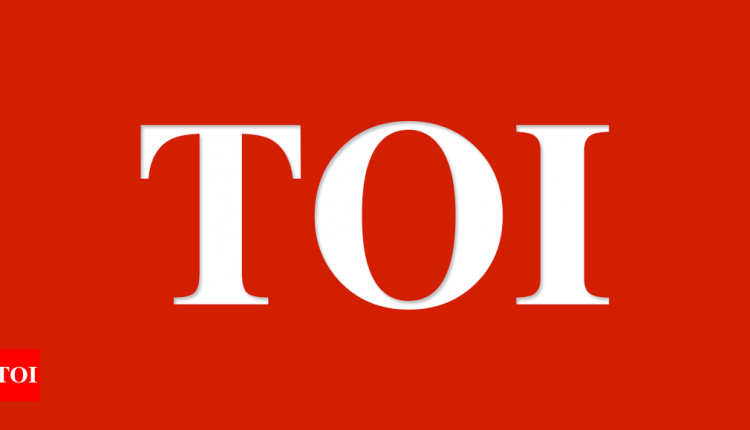 0
Share
VARANASI: In his application claiming a shivling was found in the ablution pond of the Kashi VishwanathGyanvapi complex, plaintiff Rakhi Singh’s lawyer Harishankar Jain demanded restricting the number of people offering namaz at the mosque to 20 at a time.
Moments before Jain approached the court, the petitioners and their lawyers had stepped out of the Gyanvapi complex with a sense of jubilation. “Baba mil gaye. Jin khoja tin paiya gahre pani paith… Isharo me puri baat samajh lijiye (We found Shiva. We found what we were searching for. Try to understand what I want to say in gestures),” said Dr Sohanlal Arya, one of the lawyers.
His colleagues representing the other petitioners said it was a “historic day” as the “evidence” collected by the court-appointed commission would determine all Gyanvapi-related cases pending in various courts. The claim coincided with the Allahabad high court adjourning the hearing in one of these cases till May 20.
Civil judge Diwakar said the chief secretary and the DGP of UP would be responsible for overseeing the process of sealing the disputed zone and ensuring that the court’s order was adhered to by the district magistrate, the police commissioner and the CRPF commandant. He said it would be the trio’s personal responsibility to secure that area.
DM Kaushal Raj Sharma said the administration was making alternative arrangements to ensure that the Muslim faithful didn’t face any problem on reaching the mosque for namaz.
Since the pond already had a fence comprising steel angles and netting along with three entry points, the administration didn’t have to make any special arrangements while sealing the zone. There is also a CRPF watchtower in the vicinity, the DM said.
Vishwa Vedic Sanatan Sangh chief Jitendra Singh Visen, who is backing the main plaintiff Rakhi Singh, said, “Of the substantial evidence already collected, the shivling is so far the biggest find. It is in the open and could be harmed, hence we have demanded that the area be sealed. ”
AIM’s Yasin said the order to seal the ablution pond would be mentioned during the Supreme Court hearing scheduled for Tuesday. “I am shocked to see that lawyers of plaintiffs are making claims that a shivling was found inside the Gyanvapi complex despite the fact that the court-appointed commission’s report has not been submitted yet,” the mosque committee’s coun- sel, Abhay Nath Yadav, said.
“On submission of the advocate commissioner’s report, the court has to decide whether it is a shivling or a fountain. The court commission was formed on the demand of the plaintiffs and their lawyers; they should be patient and show faith in the rule of law instead of indulging in acts that can disturb communal amity. ”
Monday’s survey of the mosque complex started at 8am and concluded around 10. 15am. The court-mandated videography and survey was carried out over three days.
According to the DM, the structure deemed to be a shivling by the petitioners and part of a fountain by the mosque committee appeared after water was drained out from the wuzu khana in the presence of officials from the fisheries department. Once the survey was completed, the pond was filled with water again, he said.
0
Share