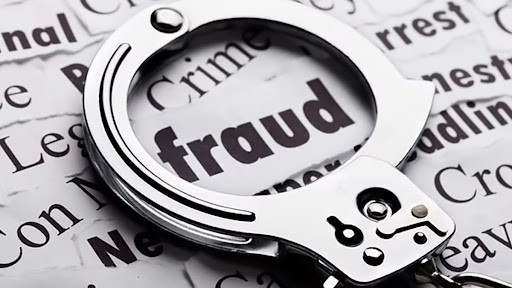 Gurugram, August 6: A retired woman IAS officer was reportedly duped of around Rs 2 lakh on the pretext of online home delivery of liquor in Gurugram. Based on a complaint received through the Ministry of Home Affairs (MHA), an FIR has been registered at the city’s cybercrime police station (east), the police said.

The complainant, Zohra Chatterji, a resident of Sushant Lok, told the police that on July 23 she placed an online order for liquor through the website jagdishwineshopgurgaon.com for a party at her place. Surat Woman Duped Of Rs 1.76 Lakh By Online Fraudsters While She Was Trying To Get Refund For Undelivered Book From E-Commerce Website.

As she was busy in guest arrangements, she shared the credit card number and one time password (OTP) with the caller in a hurry. “Thereafter I got an SMS that Rs 630 was debited through my credit card, but soon after I found that Rs 1,92,477.50 was debited from my card,” the woman stated in her complaint.

Based on her complaint, an FIR has been registered against unknown fraudsters under Sections 419 (cheating by impersonation) and 420 (cheating) of IPC and Section 66-D of Information Technology Act at the cybercrime police station, the police said.

“The matter is under investigation. We will take technical support to nab the criminals,” said Bijender Kumar, SHO of cybercrime police station. Recently, the police had nabbed three members of a gang who duped a man of over Rs 1 lakh by promising to deliver liquor at his home.

(The above story first appeared on Today News 24 on Aug 06, 2022 09:27 PM IST. For more news and updates on politics, world, sports, entertainment and lifestyle, log on to our website todaynews24.top).