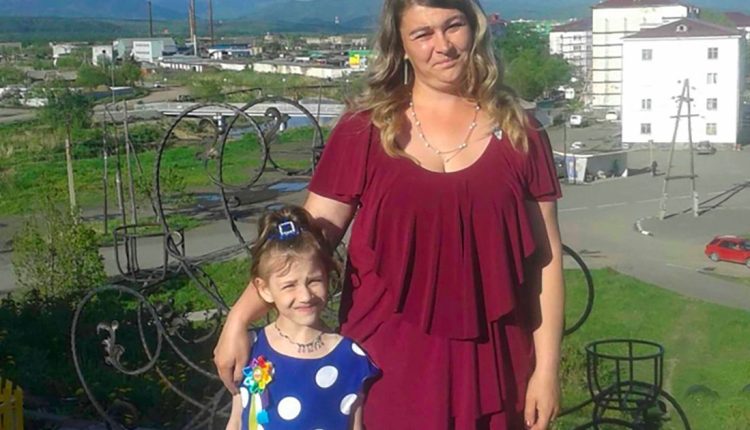 Schoolgirl Vika Z, spent 18 hours hugging a “fluffy” dog for warmt in a ferociously cold -11C blizzard after getting lost on the way home from school near her home on Russia’s largest island, Sakhalin 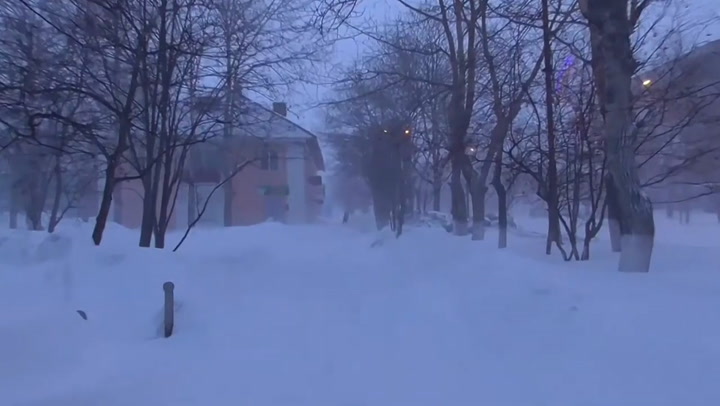 A schoolgirl miraculously survived a ferociously cold night in a snow blizzard by hugging a stray dog for warmth.

Vika Z. was found with frostbite clinging on to the “fluffy” abandoned pet following a frantic search by police, officials and volunteers.

She was found half a mile from home after getting lost on her way back from school in Uglegorsk on Russia’s largest island, Sakhalin.

The island is known for its bitterly cold winters, where temperatures plunge to -11C, police said.

The blizzard led to snowfalls more than 2ft deep which blocked doors and windows, reaching as high as the first floor in some areas.

She was eventually found 18 hours after she initially went missing while returning from school.

It took the search team 18 hours to find and rescue the youngster.

Vika was in the snowstorm for 18 hours before being rescued (Pictured: Vika and her mum)
(

To keep herself alive, she was “hugging a fluffy dog for warmth”, according to local media.

When found, Vika was lying with the stray mongrel on a mattress which animal-loving locals had put out for homeless pooches.

It was lodged under a low balcony where they could shelter from the storm.

Local media initially reported she clambered into a kennel, which was later corrected.

“She was taken straight to hospital, and found to have mild frostbite,” said a local source.

She had left school at 1pm, and was found next morning at 8:45am.

Olesya Voznyuk, an official with the Investigative Committee, said: “She was hiding under a balcony with the dog.

The girl lived in Uglegorsk town, on Russia’s largest island of Sakhalin (pictured) where temperatures can plummet to -14C
(

“The girl loves animals very much, she used to play with local dogs all the time.

“She went to feed these dogs after school and then got caught in the snow storm and strong winds.”

The space under the balcony gave some shelter but it still took more than 40 people over 12 hours to find her from when her parents raised the alarm .

Thankfully, the girl was able to return home the same day she was rescued (Pictured: Vika’s hometown, Uglegorsk)
(

Her “relieved” mother Tatyana, 34, was reunited with Vika at hospital.

The girl was allowed home the same day .

Now there are plans to honour the dog that saved Vika – if they can find it after the pooch went missing.