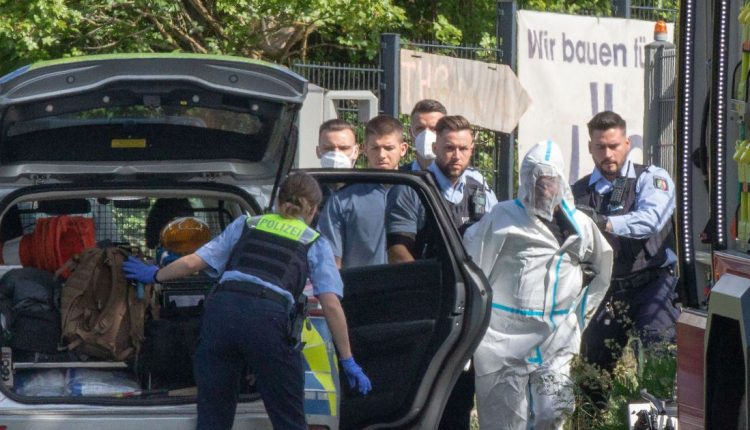 The suspect has been detained by police, while four people are being treated in hospital for their injuries, which included wounds to their hands and cuts to their faces

At least six people have been left injured after a knifeman attacked them on a passenger train near the western German city of Aachen.

The suspect has been detained by police, local news outlet DW reports, while several people are being treated in hospital for their injuries.

“Based on everything that [they] know so far,” investigators believed the perpetrator’s intent was to harm as many people as possible, Reul added.

The attack occurred on Friday morning on a regional passenger train round Herzogenrath, near the city of Aachen.

Medical staff rushed four passengers to the hospital, none of whom were facing life-threatening injuries.

Police said the 31-year-old suspect had been overpowered by a 60-year-old police officer who happened to be on the train, reports The Independent, along with two other passengers.

Reul told reporters the suspect was a 31-year-old man who was born in Iraq – though his citizenship remained unclear.

Investigators were probing a possible extremist motive behind the attack, the state interior minister said, though this was currently unclear.

The suspect had been flagged by authorities in 2017, Reul said, as a person potentially at risk for religious radicalisation after his behaviour considerably changed during his time living in a refugee shelter.

However, there had been no further incidents since then.

There had been 270 passengers on board the train at the time of the attack, officials said.

Around 200 officers were deployed to the scene.

Authorities had closed the track while investigations are ongoing.

Filthy, disgusting ‘cell’ where cruel family locked dog inside covered in his waste

eMudhra IPO to open for public subscription on May 20