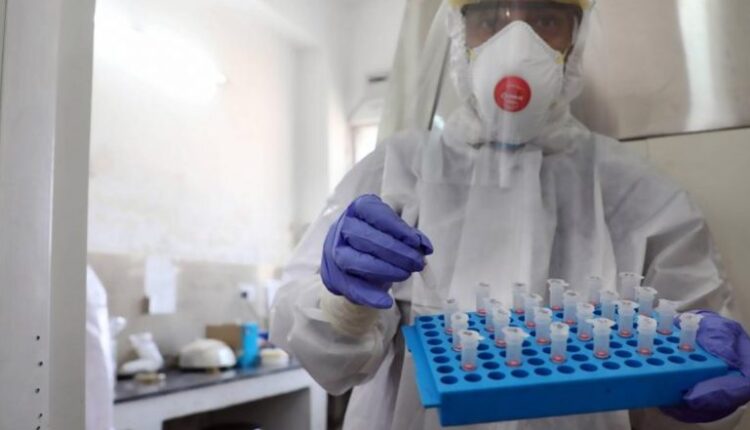 New Delhi, December 1: With a rise in the number of countries reporting an increase in cases of Omicron, the “highly transmissible” new COVID-19 variant, India continues to remain on high alert. Passengers travelling from ‘high-risk’ countries have tested positive for COVID-19 but so far no Omicron cases have been reported in India.

Dr Naveen Dang, Director of Dr Dangs Lab explains why the Omicron variant,which contains many of the mutations found in other variants in addition to its own, thus making it different from other variants of concern (VoC).

“Different variants mean that there has been mutations in one or more of the genes. The previous mutants may also have a couple of mutations, but in Omicron we have a very large number of mutations that have occurred, nearly about 50 mutations, and out of these nearly 30 are in the spike protein. That is what makes it different from the other mutations of the COVID virus which we have experienced in the last two years,” Dr Dang said.

Gene sequencing depending on the suspected cases and the missing S-gene is one of the indicators for detection and ultimate diagnosis for the potentially more infectious variant of concern, Omicron. All 191 COVID-19 Samples Genome Sequenced at ILBS Between Oct, Nov Were Delta Variant: Official.

One of the S gene targets is not detected due to mutations and this termed as the S gene dropout or S gene target failure, is a marker to identify the Omicron variant, says Dr Dang.

“The S-Gene dropout or as we say the S-Gene target failure or SGTF is one of the proxy indicators to (ascertain) whether or not it is the Omicron variant. But this is not necessarily so as the ultimate diagnostic tool is distinct for gene mutation. So, if there is a patient who is suspected (to be infected) with Omicron, the ultimate diagnosis relies on testing but testing for the mutations that are called gene sequencing.” Dr Dang said Dr Dang further explained the process of detecting whether the S-gene has gone missing.

“When we are doing tests, most of them target a large number of genes. Now usually tests in India test the E, N and Rd Rp genes. Even if one of these genes (identifies as) positive, we can (identify) they tested positive for COVID-19.

However, most of the tests in India are not (testing) the S-gene because there was no kind of requirement for it. But if we have a test in which you have multiple genes, and one of the genes included in the SG and if the test shows positive for all the genes but negative for S-gene, we can say that this is an S-gene dropout or S-gene failure target failure. So if that happened, then by proxy we can say by default, we can say that this is Omicron and such sample should be on a priority basis. We send for gene sequencing studies. So once that is done only then only it can confirm whether it is the variant or not.”

According to the expert, since Omicron was very recently detected, there is very little data on its transmission and spread and scientific data is still being collected and is really early to say about how contagious the strain could be.

“We do not know how severe the cases are going to be. As you know very well that this virus was first identified and spoken about on November 26, is not even a week back. So it is too early to comment how severe the infection is going to be. Different kinds of data are coming in and everybody is working extremely hard to find out where we are and where we’re going to go,” Dr Dang said. Omicron Scare: Negative RT-PCR Report Must for All Domestic Passengers Arriving at Mumbai Airport, Says BMC.

As a precautionary measure Dr Dang emphasised on maximum vaccinations and if required, an additional booster dose to fight against COVID-19. He also strongly advocated following COVID appropriate behaviour.

“Unfortunately, a large number of us have lowered our guards. Those guards should be back in place. The promotion should be more stringent now. And of course, most important is that you must make vaccinate as many of our population as possible by both the doses and when required. Even a booster may be in,” Dr Dang added.

Mumbai: 50-Year-Old Woman Pedestrian Dead After BEST Bus Driver Knocks Her Down in…