Fourth of July 2022 Fireworks Live Streaming Online: Here’s Where to See or Live Stream 4th of July Firework Celebrations Across The United States 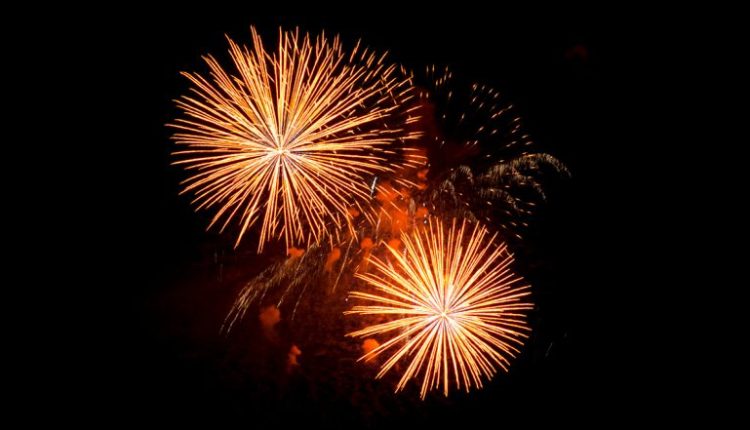 Fourth of July holds a special significance for the people in the US as they commemorate the passage of the Declaration of Independence and the freedom of Britain. Independence Day 2022 will be observed in the US on July 4th, Monday, when people will participate in the parades, concerts, family reunions and other ceremonies. Amongst these celebrations, what stands unique and remarkable is the fireworks display that is observed as a deep-rooted tradition in American history, where towns and cities hold explosive light-offs on the Fourth of July.

The US Independence Day is indeed incomplete without the Fourth of July Fireworks. Celebratory illuminations occur in various United States cities, with the largest fireworks being displayed in New York City. This year, the fireworks will be more fun as it falls on Monday, which means that other than weekend celebrations, people will get to witness the fireworks on a three-day drill in some cities. Imagine! Saturday, Sunday, and Monday will be your holidays, so make the most of them. As you look forward to celebrating Independence Day with full pomp and show, here are the places that you must visit to see the most beautiful Fourth of July Fireworks. You can also find the live streaming details of the events below.

The Macy’s Fourth of July Fireworks is the 66th annual show that will take place from five barges on the East River and will centre around Midtown Manhattan. One can also watch the fireworks on TV, which will be telecasted on NBC from 8-10 p.m. EST. You can also find the live streaming details here.

The Boston Pops Fireworks Spectacular Concert is back again to dazzle the sky with its exclusive fireworks on July 4th. The well-known show will take place at Charles River Esplanade Shed, which will be extended to other fun children’s activities and seafood fest. Check the website to get the live streaming details. The Concert will also be televised on Bloomberg TV and radio.

If you want to witness the largest fair in the New York Metro area, the State Fair at the Meadowlands will be the one-stop destination for you. Amidst its 18-day fair, the fireworks concert will be the showstopper, no matter what. Get a Fun Pass to watch the show, or click here to get the details.

The largest land-based fireworks show is held in this city of Texas. The Freedom Over Texas will feature local, regional and national entertainment and a musically choreographed, “Texas-sized” fireworks show. The spirited celebration will set off from Buffalo Bayou in the park. Catch up with the updated information about the streaming and events by clicking here.

The Wawa Welcome America has a patriotic scene that is set with a parade of Army bands and corps passing through the historic neighbourhood along the 5th and Chestnut streets. The show will be broadcasted on NBC10. Viewers can also see the Fourth of July Fireworks from Eakins Oval to Logan Circle.

This is the list of the most famous fireworks that take place on the Fourth of July to illuminate the sky and add a string of happiness to help people celebrate their day of freedom. Take details of the fireworks near you or get the vibe of Independence Day by streaming it live on television or the internet. Happy Independence Day!

(The above story first appeared on Today News 24 on Jun 23, 2022 12:50 PM IST. For more news and updates on politics, world, sports, entertainment and lifestyle, log on to our website todaynews24.top).