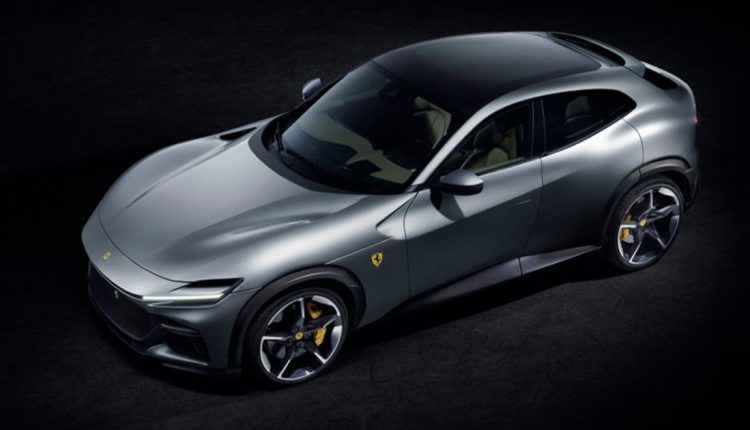 Code-named F175, the new model was nicknamed Purosangue, or “thoroughbred” in Italian, because it was designed from scratch.

“The chassis, engine and gearbox were brand new and most of other components had been specifically designed for this model to make it a proper thoroughbred,” Fulgenzi said.

By mid-2018, Ferrari decided Purosangue was going to become the official name of the model, and then-CEO Louis Camilleri announced during the company’s capital market day in September that year that the car would go into production.

The Purosangue further develops the mechanical layout Ferrari introduced in 2011 with its first all-wheel-drive model, the FF four-seat coupe, which is now called the GTC4Lusso.

In addition to the active suspension system that Ferrari developed in-house in cooperation with Canadian supplier Multimatic, the Purosangue features four-wheel-steering to improve maneuverability and handling at high speeds.

The model has a top speed of more than 310 kph (193 mph) and accelerates from 0 to 100 kph in 3.3 seconds. Fuel consumption and emission figures will be announced when the homologation process is completed, the company said.