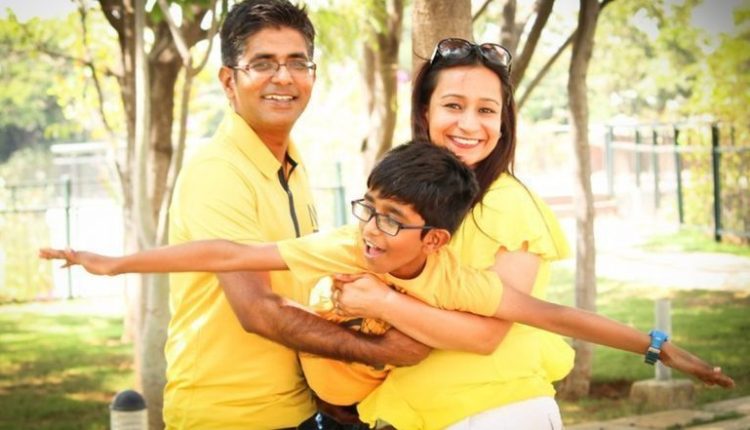 A man named Rishabh Tripathi, who is a Bangalore resident and works in an IT firm has started a petition to highlight and bring into focus a major safety lapse concerning citizens when they venture out for adventure tourism like Paragliding in Himachal Pradesh. The man narrating his ordeal shares that on 22nd of December 2021, because of such a lapse, lost his 12-year-old son Advik.

The man shares that while on vacation with his family in Himachal Pradesh, the family decided to do paragliding in the Bir Billing area which is known to be a major tourist attraction in Himachal. He was asked to sign a waiver form and was informed that they would be taken to the take-off site through the vehicle of the paragliders. During the travel to the destination, the driver was negligent and hit a scooty after which he lost control and the vehicle went into the gorge. Though the man and his wife received serious injuries but lost their son. The man further writes “Post the accident the driver and the pilots were not to be seen and no one from the paragliding team approached my family for help either at the site of the accident or later on at the hospital where they were admitted.”  Haridwar Dharma Sansad Row: Supreme Court To Hear Petition Seeking Independent Inquiry Into ‘Hate-Speech’ Case on Wednesday

The man further shares some of his observations regarding the tourism sector.

This paragliding & all other adventure tourism setup seem to be unorganized & unregulated sector. There does not seem to be any central organization or policy in place for managing this in a safe & compliant manner. It’s just a bunch of individuals running it in an ad hoc manner.

There is no serious concern or effort towards health and safety of the customers. The customers are being asked to sign a waiver form which absolves the paragliders of all responsibilities & accountability. The fact is that we are putting ourselves at their mercy assuming that they are the experts in this space.

When doing research, we realized that multiple such accidents have taken place in the past across different adventure sports/tourism (including many in this location for paragliding itself) which has taken many innocent lives.

The man concluded by placing a Petition to the Prime Minister of India, Ministry of Tourism, Government of India, Chief Minister of Himachal Pradesh and others to ensure safe adventure tourism in India and demanded the following things.

2. Positioning of permanent Trauma Care Ambulance and availability of first aid facilities by the management in supervision of the Government Authorities. Offering the insurance to customers should be a must.  Assam: Over 200 Illegal Petition Writers Arrested, Says CM Himanta Biswa Sarma

3. Having a professional and organized set up of adventure tourism. A comprehensive SoP with detailed pre-conditions for organizations which want to get into adventure tourism and also the SoP on how to manage and operate, including what exactly to be done in case of any possible mishaps, etc

4. Personal accountability, standardization of agents and their equipments offering such services. It is extremely critical also to have continuous and timely audits of all such organizations, and licenses to be revoked/suspended for any lapses.

(The above story first appeared on Today News 24 on Jan 18, 2022 11:25 PM IST. For more news and updates on politics, world, sports, entertainment and lifestyle, log on to our website todaynews24.top).