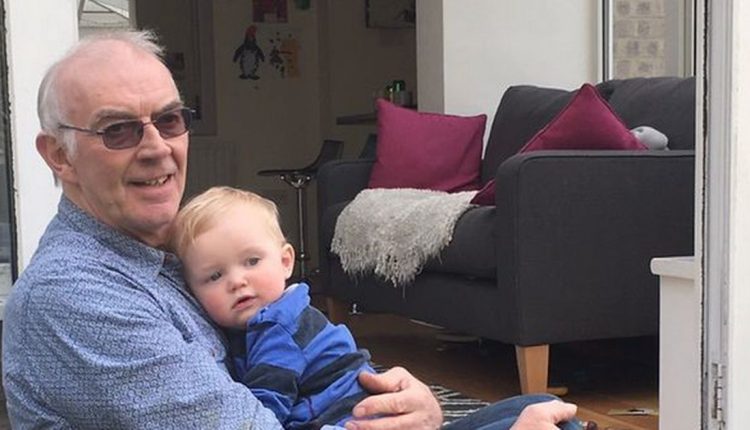 The family of a British pensioner struck down with a brain haemorrhage are in a state of desperation as they battle to bring him home from Cambodia.

Richard Kiddle, 69, suffered a stroke on May 1 which left him paralysed in half of his body.

The ex-pat, a retired electrician from Norfolk, England, was rushed to a hospital in the capital Phnom Penh – where he has been living for the past two weeks.

However, his family have been told that his insurance company will not cover his treatment in the Southeast Asian country.

Richard’s relatives decided to take him home instead through a subsidised medical program at the Norfolk and Norwich University Hospital – which would cost at least 16,000 GBP.

But when the money was ready and he was about to fly home on May 15, Richard unexpectedly developed pneumonia.

His unstable medical condition meant he could not be given medical clearance for the flight and remained unconscious in the ICU after a septic shock.

His worried daughter Heidi Kiddle, who has now launched a crowdfunding GoFundMe page, said the family has “tried all other means” to raise money, who had not helped.

“This left us facing spiralling hospital bills for his continued care, treatment and medication. We saw our only option would be to get dad home once he was stable enough to be medically cleared to fly,” she said.

Richard Kiddle, 69, was rushed to a hospital in the capital Phnom Penh after suffering a stroke
(

Richard Kiddle pictured with his family before his devastating stroke
(

“To do this, we found a medical repatriation programme and in a matter of days, we have had to desperately raise funds within the family – now totalling £16,000 – to pay for this, plus huge hospital bills, medication and rehabilitation.

“However, as a further devastating blow, this morning we learnt that dad has developed pneumonia and has gone into septic shock and is currently unconscious in ICU.”

The distressed daughter added that “the next 72 hours are critical” so their only option was to hire a private air ambulance which would cost around 85,000 GBP.

“Our only option as it stands in getting dad back to the UK would be to transport him via air ambulance from Cambodia to the UK.

Friends and former colleagues have been donating to the GoFundMe page that the family had set up for him, where he was described as a hardworking man who travelled to Cambodia to enjoy retirement.

After caring for his frail parents at home until the day they died, Richard decided to travel in his retirement to finally enjoy his later life
(

He finally moved to Cambodia in 2020 and met his current partner Le Sreyvan in between Covid-19 lockdowns while visiting his daughter who used to work there.

“Richard has worked hard every day of his life as an electrician since he was a teenager,” Heidi said.

“After caring for his frail parents at home until the day they died, he decided to travel in his retirement to finally enjoy his later life. Sadly this didn’t last long enough and has ended in this impossible situation.”

When the money was ready and Richard was about to fly home on May 15, he unexpectedly developed pneumonia
(

The fundraiser nearly raised 9,000 GBP which was still a long way from their target amount, but Heidi said the money would be useful for his continued ICU medications until they could bring the pensioner home.

She said on their GoFundMe page: “We cannot thank each and every one of you enough for donating and sharing. It has given us hope and made us feel very supported.”

Richard has remained unconscious on a ventilator and has been mostly unresponsive but he has opened his eyes upon being called, which medics claimed to be a positive sign of recovery.