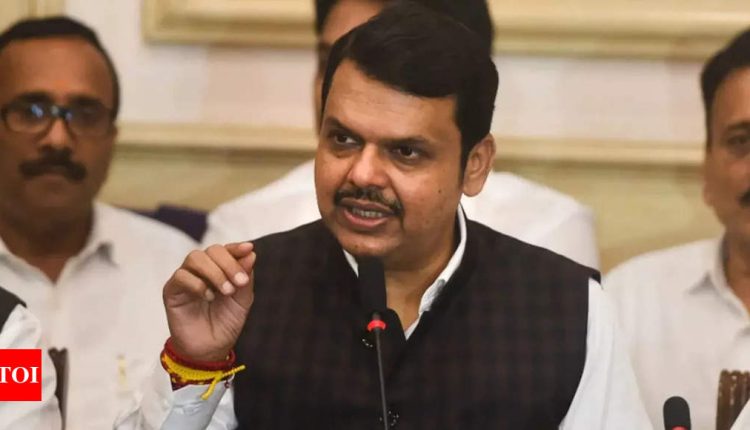 0
Share
MUMBAI: BJP’s celebration outside its state headquarters on Friday afternoon to mark the party’s return to office in Maharashtra was muted despite the noise.
Not only did deputy chief minister Devendra Fadnavis skip the event, even his close associates like MLAs Girish Mahajan, Pravin Darekar, Prasad Lad and Sanjay Kute did not attend. All of them had been working constantly with Fadnavis throughout the political crisis that unfolded over the past month, starting with BJP’s fight for the third Rajya Sabha seat.
Party workers were seen dancing holding a cutout of Fadnavis. In the past, Fadnavis has always made it a point to attend celebrations at the party office, including addressing workers outside the premises after the legislative council poll win on June 20. The party could not hold its promised celebration the next day as the rebellion in Shiv Sena was set in motion that very night.
MLA Ashish Shelar, who was present at the celebration, said it was organised by the Mumbai unit of the party so MLAs from other parts of the state were not expected to attend. “As for Fadnavis not attending, it was never announced by the party that he would be attending, nor was it part of his day’s programme as deputy CM,” Shelar said.
Fadnavis being denied the CM’s post and then being told to join as deputy chief minister by the party central leadership when just hours earlier, he had announced that he would not join the government but monitor it from outside, is being seen as the former CM having been publicly snubbed by the central leadership. He will also not attend the party’s national executive being held in Hyderabad during the weekend. Party sources said the central leadership has been informed that it is overlapping with the two-day special session of the state legislature.
0
Share