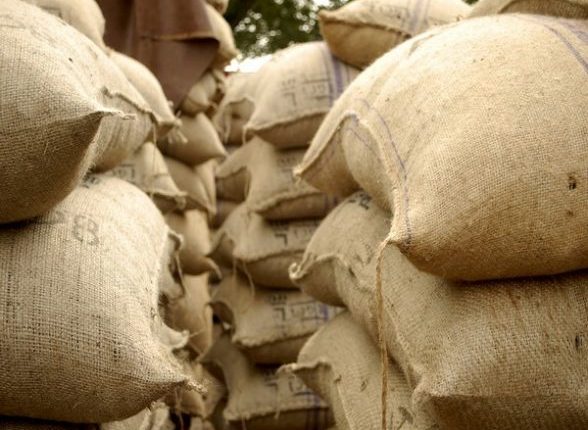 New Delhi, September 23: The government on Friday said retail prices of rice in the domestic market will remain under control, helped by a ban on exports of broken rice and sufficient stocks in its godowns. The statement by the food ministry came a day after its factsheet alluded to a pricing pressure and rates of rice rising in the near term.

By imposing the ban on export of broken rice, the government has “successfully ensured domestic food security, availability of domestic feed for poultry and cattle feed, while keeping a check over inflation as well as domestic price of rice”, the food ministry said in the statement on Friday. Wheat Export Ban Order Relaxed by Centre, Prior Registered Consignments With Customs Allowed.

With effect from September 9, the Centre imposed a ban on broken rice exports and also a slapped a 20 per cent export duty on non-basmati rice, except for par-boiled rice.

The ministry highlighted that all-India domestic wholesale prices of rice and wheat decreased by 0.08 per cent and 0.43 per cent respectively over the week. On Friday, the average retail price of rice stood at Rs 37.65 per kg, as per the data compiled by the department of consumer affairs.

Regarding the exports ban, the ministry said the restriction has been imposed to ensure adequate availability of broken rice for consumption by domestic poultry industry and for other animal feedstock; and to produce ethanol for successful implementation of EBP (Ethanol Blending Programme).

The government has not made any changes in the policy relating to par-boiled rice and basmati rice. Par-boiled and basmati rice constitute around 55 per cent of total rice exports from India.

“So, the farmers will continue to get good remunerative prices and dependent /vulnerable countries will have adequate availability of par-boiled rice as India has significant share in the global rice export,” the ministry said.

Around 217.31 lakh tonnes of rice is in government buffer stock, which is higher than the buffer stock norm and 610 lakh tonnes will be procured in 2022-23 marketing season starting October. “The buffer stock maintained by the country is more than enough to meet the demand for the public distribution system,” it said.

Due to the current geopolitical situation, the international price of rice was lucrative, leading to high export of rice as compared to the previous year, the ministry explained.

Earlier this week, the agriculture ministry released the first advance estimates for kharif season of 2022-23 crop year (July-June), stating that rice production may fall 6 per cent to 104.99 million tonnes. Paddy acreage is down by over 5 per cent so far due to deficient rains in some parts of the country.