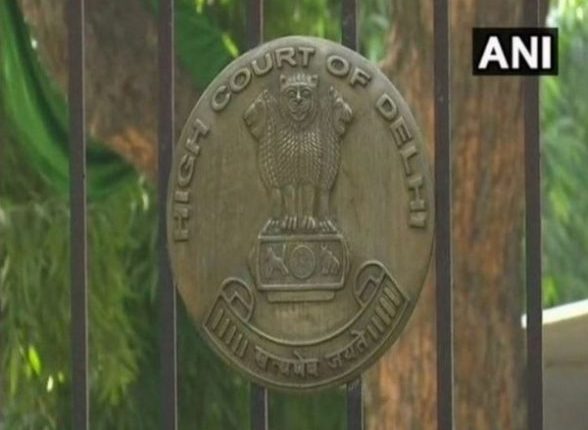 New Delhi, August 5: The Delhi High Court on Friday directed Delhi Police and other authorities to strictly implement the prohibition of any kind of Chinese samjha/synthetic manjha used in kite flying following the National Green Tribunal (NGT) Judgement in this regards.

However, Court refused to pass any direction to ban kite flying while hearing public interest litigation, which sought a total ban of kite flying. Appearing for Delhi Police, GNCTD counsel said the Assistant Commissioner of Police (ACP) are actively dealing with the issue and also have issued a memorandum from time to time in this regard. Chinese Manjha Fatal for Humans, Birds and Animals; Its Use Is Punishable Offence, Says Delhi Police.

Centre Government counsel while opposing the petition submitted that demanding a complete ban on kite flying is unfair and unreasonable. It’s an important cultural and religious activity.

On Thursday the Delhi HC had asked Delhi Police about ‘what steps it has taken to stop the availability and selling of Chinese samjha/synthetic manjha used in kite flying, which was banned by NGT.

The bench of Justice Satish Chander Sharma and Justice Subramonium Prasad was hearing a Public Interest Litigation (PIL) and sought direction from the Centre, Delhi Government and Delhi Police to impose a complete ban on flying, making, sale-purchase, storage and transportation of kites.

The plea stated that many persons and birds were killed and injured due to accidents caused by kite strings and such accidents were occurring regularly. The life and safety of human beings and birds of Delhi are endangered due to kite flying.

The complete ban on flying, making, sale-purchase, storage, and transportation of kites and objects used in making and flying kites is the only solution as it is very difficult and in some cases, quite impossible to catch the culprit or to fix the responsibility when an accident occurs due to kite string, the petition said.

The plea further stated that the respondents totally failed to take appropriate action as kite flying is already prohibited as per section 94 of The Delhi Police Act, 1978 where it is provided that, “Prohibition against flying kites, etc.- No person shall fly a kite or any other thing so as to cause danger, injury or alarm to persons, animals or property…”

According to the petitioner Sanser Pal Singh, who is a practising Advocate, each and every time, a competition takes place between kite flyers, it is never-ending, wherein on every occasion each kite flier tries to take down the other kite-flyers’ by trying to take him out of the competition by cutting the other competitor/ person’s kite string.

In pursuance thereof, each kite flier/competitor tries to use an improved and more potent/dangerous thread than the competitor’s. For this, every kite-flyer tries to source and use string/thread that is glass coated and/or metallic, which are popularly known as ‘Chinese manjha’ which are more dangerous and due to this kite manjha, the life and safety of the human beings besides birds are endangered due to kite string.

The petitioner further stated that the recent accident was caused by a kite string, where a 30-year-old person lost his life on July 25 on the Haiderpur Flyover in Delhi. Delhi Police had also issued an advisory on 13 August 2021 and published it in the newspaper for avoiding the use of metallic powder-coated thread. Delhi citizens have witnessed several accidents caused by kite strings, where many people either got injured or lost their lives.