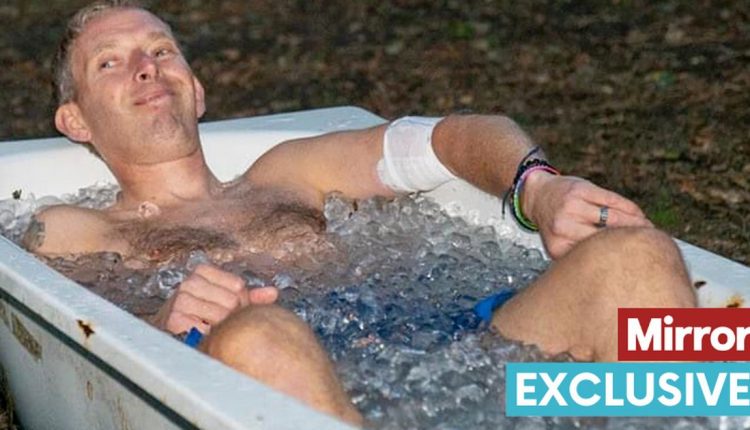 A man diagnosed with terminal liver cancer has been given the all-clear after taking inspiration from TV ‘Iceman’ Wim Hof.

Marcos Jarvis, 47, started having ice baths, went vegan and took up Tai Chi to give himself the best possible chance of survival.

And it all worked because Marcos is now back in good health and due to tackle a mega run in South Africa.

The builder was diagnosed with terminal stage four cancer in 2019 after suffering pain while running a marathon.

Marcos needed chemotherapy after doctors found 12 tumours on his liver. But he refused to give in to the disease and, after being inspired by extreme athlete Wim, made drastic changes to his lifestyle.

Dutchman Wim, 63, is famed for his ability to deal with freezing temperatures and his breathing techniques, which have been proven to be beneficial to health.

He is currently giving celebs such as Gabby Logan, Alfie Boe and Tamzin Outhwaite a crash course in his techniques in the BBC One show, Freeze The Fear.

Marcos said: “I read up on cancer treatment and decided to cut alcohol, meat, sugar and stress from my life.

“After learning the Wim Hof method, I started having cold showers, taking daily ice baths and running bare-chested too.

“I messaged Wim to thank him for helping me beat cancer and was amazed when he got back to me.

“He was really pleased I contacted him and really happy with my progress.

“He asked me to keep him updated – which I have been doing – and I hope to meet him one day.”

Dad-of-one Marcos, from Hailsham, East Sussex, said the new mindset and his family’s support were key to his recovery.

He added: “The last thing I heard from my oncologist was I am cancer-free. There are no tumours.”

Marcos now plans to run 100 miles over five days in South Africa to raise money for the cancer family charity We Only Live Once (Wolo) in October.

He has just returned from KwaZulu-Natal province to map out the route for his Wolo 100 run.

Marcos, his wife Hannah, and son Archie, six, were supporting during his cancer journey by Sussex-based Wolo.