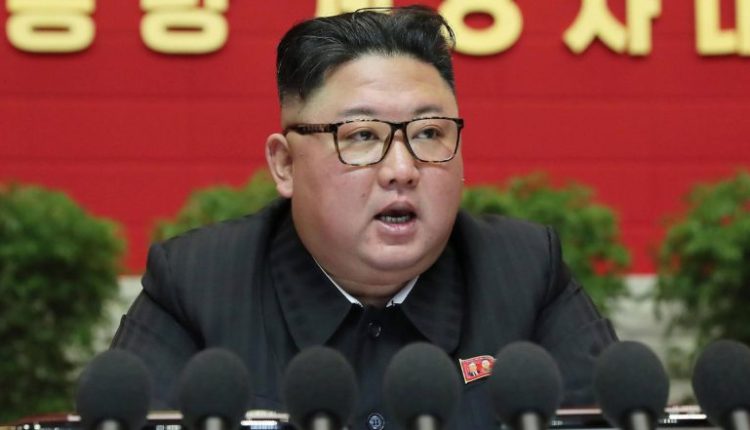 Pyongyang [North Korea], May 14: North Korea is facing the biggest challenge since the foundation of the republic over the spread of COVID-19, North Korean leader Kim Jong Un said, as quoted by the state-run KCNA news agency.

According to KCNA, Kim said that the country must focus on implementing the anti-coronavirus measures and boost them to stop the spread of the disease, Sputnik News Agency reported on Saturday. COVID-19 Hits North Korea: Nearly 187,000 People ‘Isolated and Treated’ After Six Die of Fever.

The country has reported 17,400 new COVID-19 cases, taking the total number of infections to 520,000, according to the KCNA news agency.

Notably, 21 new fatalities were also reported due to the coronavirus cases, according to Sputnik News Agency.

North Korea reported the first coronavirus deaths on Friday. At least six persons were confirmed dead yesterday in the country.

On Thursday, the country announced a “major national emergency” after reporting its first case of COVID-19 Omicron variant and put in place a “maximum emergency” virus control system with leader Kim Jong Un vowing to “eliminate” the virus.

According to the Korean Central News Agency (KCNA), top officials, including the country’s leader Kim Jong Un, held a crisis politburo meeting to discuss the outbreak and announced they would implement a “maximum emergency” virus control system.

With this North Korea’s coronavirus-free claim has come to an end, reported the Yonhap News Agency.

Reportedly in a meeting conducted to discuss North Korea’s “most critical emergency” antivirus system that had been “firmly maintained” for more than two years, Kim pledged that the “unexpected crisis” shall be overcome. He further instructed all the officials to block every possibility to stop the spread of the virus.

Further, the North Korean leader ordered stricter vigilance along the borders on all fronts, the air, and sea to prevent a “safety vacuum” in the national defence of the country, reported the Yonhap News Agency. In addition, North Korean authorities stated that samples that were collected from patients suffering from fever indicated that they were identical to the omicron variant.

However, North Korea asserted that it has aimed to manage and also prevent the spread of the virus. It has further mentioned that it will provide treatment to the omicron-detected patients to “root out the source of transmission in the shortest period possible” the country’s state media reported. (ANI)

What Health Care Is Available if You’re Experiencing Homelessness?