Contractor at Center of Navy Bribery Scandal Is Captured in Venezuela 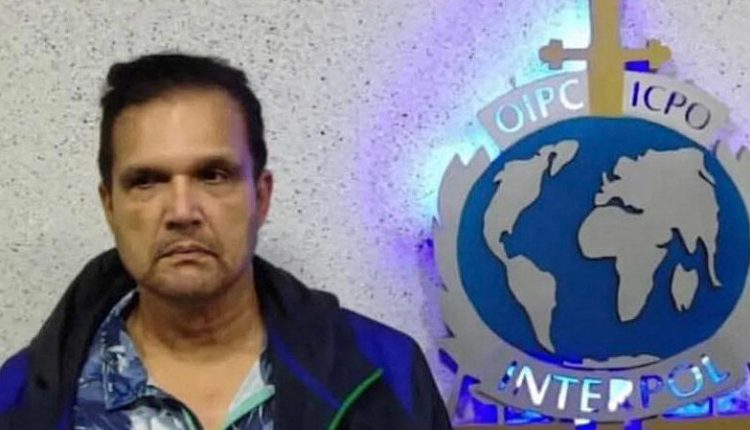 A wealthy Malaysian contractor who orchestrated one of the longest-running bribery scandals in the history of the United States Navy has been captured in Venezuela, two weeks after he cut off his ankle monitor and escaped home arrest in San Diego, an Interpol official said Wednesday.

The contractor, Leonard Glenn Francis, who is known as Fat Leonard, was captured by Interpol agents while trying to board a flight to Russia, Carlos Gárate Rondón, the director of Interpol in Venezuela, said on Instagram late Wednesday. Mr. Rondón said Mr. Francis, 57, had entered the country from Mexico with a stopover in Cuba. He was detained at the Simon Bolivar International Airport outside Caracas, the country’s capital.

Omar Castillo, a supervisory deputy U.S. marshal, confirmed the arrest on Thursday. Mr. Francis was captured after the Marshals Service put out a red notice, a request to law enforcement agencies worldwide to locate and arrest a person pending extradition. Mr. Castillo said that Mr. Francis was in the custody of Interpol Venezuela and that “the next step will be to work on extradition proceedings.”

“It was an overwhelming effort from all of the agencies involved,” Mr. Castillo said. “We were tracking this guy for a while and knowing he was apprehended by Interpol in Venezuela was a great thing. We look forward to bringing him back to face justice.”

The arrest came just hours before Mr. Francis was scheduled to be sentenced by Judge Janis L. Sammartino in U.S. District Court for the Southern District of California, in San Diego. Mr. Francis faces up to 25 years in prison after he pleaded guilty in 2015 to conspiracy to commit bribery and conspiracy to defraud the United States. He has agreed to forfeit $35 million in gains.

A lawyer for Mr. Francis, Devin Burstein, said he could not immediately comment on Thursday.

Mr. Francis was under house arrest in San Diego when he cut off his GPS anklet on Sept. 4. Neighbors told the Marshals Service that they had seen U-Haul trucks at Mr. Francis’ house in the days leading up to his escape. He had been living with his three children in a multimillion-dollar home in a gated community, and the authorities believed he fled with them. The whereabouts of the children was not immediately known.

Mr. Francis is at the center of a fraud and bribery case that has resulted in federal criminal charges against more than 30 U.S. Navy officials and defense contractors, according to the Justice Department.

More than two dozen people have pleaded guilty in connection with the scheme, admitting that they accepted millions of dollars in luxury travel, accommodations, meals or the services of prostitutes from Mr. Francis in exchange for lucrative military contracts for his business, Glenn Defense Marine Asia. The multinational corporation, based in Singapore, supplied the Navy with items and services for ships and submarines when they arrived at ports.

In all, Mr. Francis overbilled the Navy by more than $35 million, prosecutors said.

Mr. Francis was arrested in 2013 and pleaded guilty in 2015 in what the Justice Department at the time described as a “decade-long conspiracy” involving tens of millions of dollars in fraud and millions of dollars in bribes and gifts to Navy officials, including Cuban cigars, Kobe beef and Spanish suckling pigs.

Mr. Francis was supposed to be under round-the-clock security at his house. But court officers began expressing concern about security at the home in 2020, when officials reported that there had been no security guard at his residence in the middle of the day.

The Marshals Service said there was no security guard at his home when they responded to reports of Mr. Francis’ escape earlier this month.

Video: Delhi-Gurugram Expressway Inundated Due to Waterlogging After Heavy Rainfall

How did ‘bird-hipped’ dinosaurs evolve? — ScienceDaily