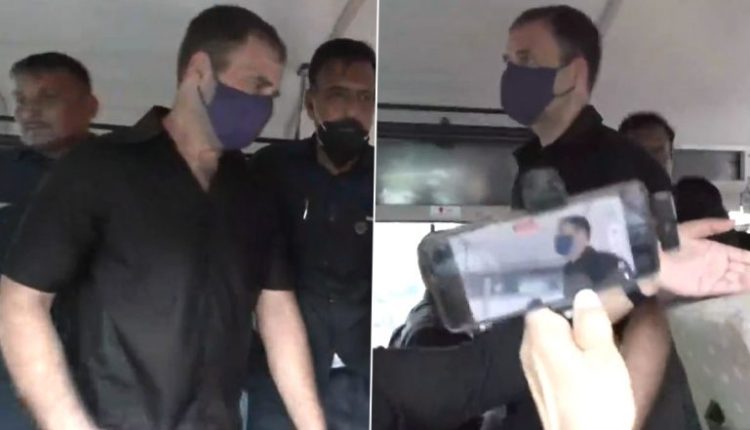 Congress MP Rahul Gandhi was detained by police during a protest against the Central government on price rise and unemployment in Delhi. Earlier, Gandhi’s sister Priyanka Gandhi Vadra was also detained by the police outside AICC HQ in Delhi. Besides, Congress MPs including Mallikarjun Kharge, Jairam Ramesh, and Ranjeet Ranjan were also detained at the Police Lines Kingsway Camp in Delhi.

#WATCH | Congress MP Rahul Gandhi detained by police during a protest against the Central government on price rise and unemployment in Delhi pic.twitter.com/TxvJ8BCli9