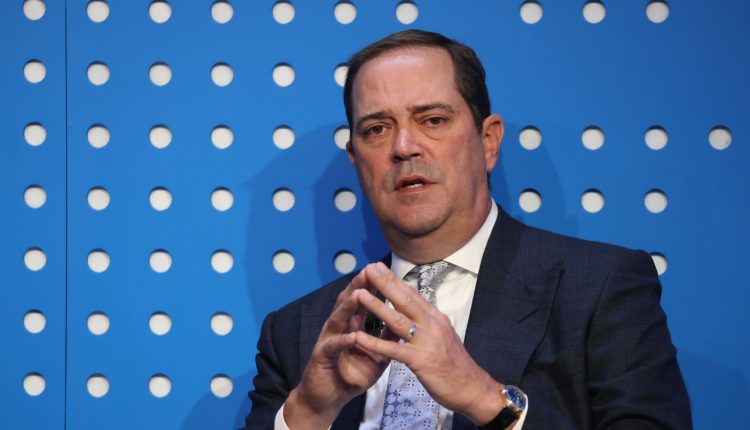 Cisco issued fiscal fourth-quarter results on Wednesday that topped analysts’ projections and provided a better-than-expected forecast for the coming year. The stock rose 2.5% in extended trading.

Here’s how the company did:

Revenue declined slightly in the quarter, which ended July 30, according to a statement. Net income decreased by 6% to $2.82 billion as the company’s adjusted gross margin narrowed to 63.3% from 65.3% in the previous quarter. Analysts had predicted 64.7%.

While Cisco’s numbers generally topped estimates, the company is still struggling to grow as the technology world rapidly shifts to cloud and subscription software and away from buying physical boxes. The company’s stock price is down 24% this year, while the Nasdaq has fallen 17%.

The company’s top business segment, Secure, Agile Networks, which includes data-center networking switches, delivered 46% of total revenue at $6.09 billion, down 1% from a year earlier but above the $5.86 billion consensus from analysts polled by StreetAccount.

The second-largest unit, Internet for the Future, which contains routed optical networking hardware the company picked up through its 2021 Acacia Communications acquisition, kicked in $1.26 billion in revenue, down 10% and below the $1.36 billion consensus from StreetAccount.

The Collaboration segment featuring Webex contributed $1.16 billion in revenue, up 2% and above the $1.10 billion StreetAccount consensus. During the quarter, Cisco announced a new video desk phone and broader availability of background noise removal software for its Webex video-calling service.

Executives will discuss the results with analysts on a conference call starting at 4:30 p.m. ET.