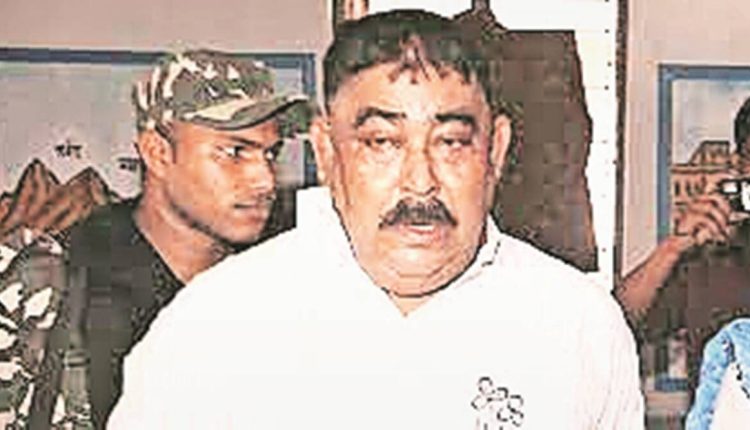 The CBI has summoned Trinamool Congress’ Birbhum district president Anubrata Mondal in connection with an ongoing probe into an cattle smuggling case.

Mondal has been asked to appear on Monday at the agency’s Nizam’s Palace office in Kolkata.

A few days back, the central agency had conducted searches at 13 locations, including in Kolkata and Birbhum district, on the premises of two persons believed to be close associates of Mondal.

Mondal, who has been with the TMC since its inception in 1998, is considered to be close to West Bengal Chief Minister and party supremo Mamata Banerjee. He is said to enjoy more clout in the state than many MLAs or even ministers.

In September 2020, the CBI had filed a case against Satish Kumar, a Border Security Force commandant, and several others in connection with the illegal cattle trade along the India-Bangladesh border in West Bengal which was taking place allegedly in connivance with public servants.

Mondal’s name had cropped up during the investigation and the CBI has questioned him earlier too. The CBI said in the FIR that Satish Kumar was posted as Commandant of BSF’s 36 Battalion in Malda district from December 2015 to April 2017.

It is alleged that during this period, more than 20,000 cows were seized by the BSF before being transported across the border.

According to the FIR, the seizure lists were “prepared arbitrarily, categorising the breed and size of the animals with an intention to reduce the upset price of the cattle during auctions”. This was done in connivance with officials of the BSF and customs and traders such as Enamul Haque, Anarul Sk and Md Gulam Mustafa. The cattle were auctioned immediately (within 24 hours of seizure), claimed the CBI.