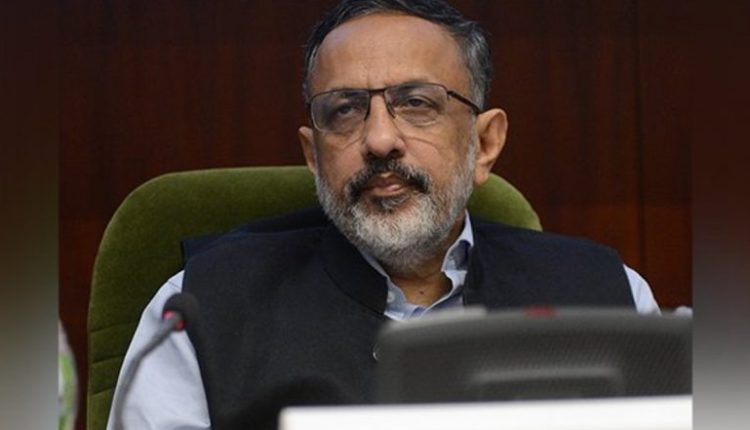 New Delhi, August 5: The Appointment Committee of the Cabinet (ACC) headed by Prime Minister Narendra Modi has approved a one-year extension for Union cabinet secretary Rajiv Gauba. Gauba terms was set to get completed at the end of this month. However, he will continue in the same position till August 30, 2023. Last year in 2021 also, Gauba was given a one-year extension till August 2022 by the government.

On August 30, 2019, Gauba had taken over as the new Cabinet Secretary in the Government of India after the superannuation of PK Sinha. Gauba is an IAS officer of the Jharkhand cadre (1982 batch) and has held important assignments like Union Home Secretary, Secretary, Ministry of Urban Development and Chief Secretary, Jharkhand. He has also represented India at the International Monetary Fund (IMF).

He was one of the key implementers of the Centre’s decision to abrogate Article 370 and the reorganization of Jammu and Kashmir and is widely credited for the flawless and smooth implementation of the decision. With an eye for details, he spearheaded the formulation and execution of these initiatives in the Ministry of Home Affairs. Centre Gives Cabinet Secretary Rajiv Gauba One-year Extension.

Along with a small core team, he gave final shape to constitutional and legal aspects while working out administrative and security arrangements.

Earlier, during his stint in MHA as Additional Secretary, he prepared a multi-pronged action plan in 2015 to tackle LWE and steered its implementation which has resulted in significantly shrinking the spread of Maoists’ area of influence.

Besides MHA, Gauba has served in the Central Government in wide-ranging areas such as Urban Development, Defence, Environment and Forests, and Department of Electronics and Information Technology.

As Chief Secretary of Jharkhand, Gauba had introduced major governance and economic reforms including lateral entry of professionals, restructuring, downsizing of Ministries, and labour reforms.