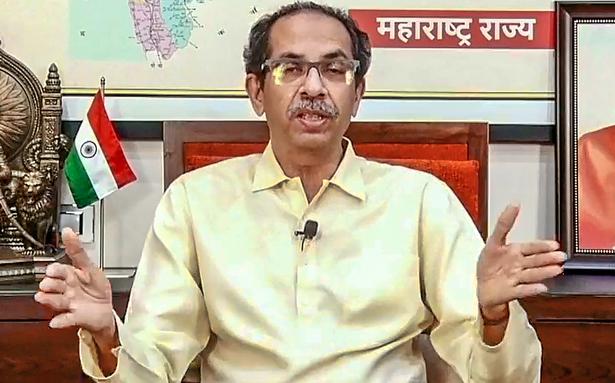 Terming it Shiv Sena’s internal matter, Maharashtra unit chief of Bharatiya Janata Party (BJP) on Monday reiterated that the party has nothing to speak on the issue.

“This is Shiv Sena’s internal matter. We will not interfere. We are going forward with our agenda. We will not comment on Sena’s activities. This is a matter of Sena’s two internal groups,” said Chandrakant Patil.

The BJP’s core committee held a meeting in Mumbai on Monday, on the background of rebellion by ruling Shiv Sena’s second-in-command Eknath Shinde against Chief Minister Uddhav Thackeray. Mr. Shinde is claiming that Sena’s 39 MLAs and seven more Independents support him.

When asked about the BJP being blamed for the present situation, Mr. Patil said that the party cannot stop those who are blaming us. “This is a struggle between two groups and we should not comment. We have nothing to speak on the issue and that is why Devendra Fadnavis is not commenting on it,” he said.

Senior BJP leader Sudhir Munguntiwar said that the MLAs with Mr. Shinde claim that they are Shiv Sainiks and not rebels. “After discussion, it was decided that we’ll wait and watch and a core team will come for a meeting depending on the situation in the coming days. We have not received any proposal yet from Eknath Shinde group,” he said. He added that their decision, if need arise, will be in the interest of people of Maharashtra.

Meanwhile, in the wake of present situation, where a number of cabinet and ministers of the State have joined the rebel group, Chief Minister Uddhav Thackeray on Monday handed over the responsibilities of their respective departments to other ministers.

In cabinet ministers, Subhash Desai is given charge of Urban Development Department and Public Works Department (Public Undertakings) which were held by rebel group leader Eknath Shinde. Anil Parab is given charge of Water Supply and Sanitation department of Gulabrao Patil, Shankaraao Gadakh will look after Agriculture and Ex-servicemen welfare held by Dadaji Bhuse as well as Employment Guarantee and Horticulture with Sandipan Bhumre. Aaditya Thackeray will look after the Higher and Technical Education department of Uday Samant.