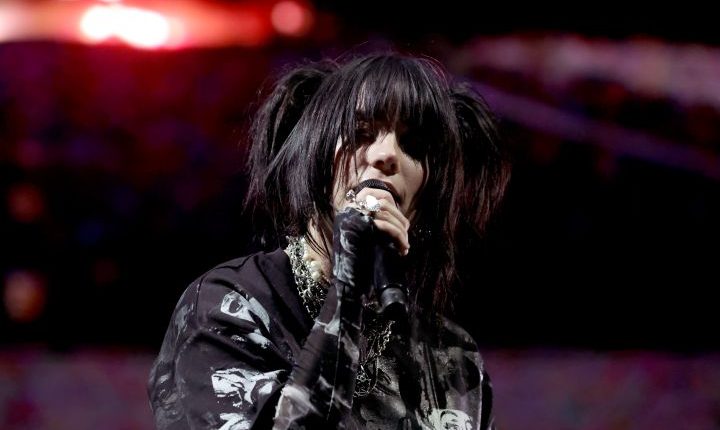 Billie Eilish is revealing the way she managed to fool fans during her recent Coachella performance.

The “Bad Guy” singer used a body double to as part of her set at the massive music festival in April.

“The beginning of Coachella, I had a body double, one of my dancers for the show,” explained Eilish, during an interview with Matt Wilkinson on Apple Music 1. “I dressed her up in a show look that I had worn before. We got a black wig and we put buns in it and we gave her a mask and sunglasses and she wore my shoes and my socks.”

She continued, “I put her up at the back of the stage and she stood there while the lights went on and everybody thought it was me.”

The 20-year-old superstar was also asked if she’s ever worn a disguise to watch other musicians perform at festivals.


READ MORE:
Billie Eilish Says She Would ‘Rather Die’ Than Not Have Kids

“Yeah, but I was a different person then and it didn’t work,” she admitted. “I’ve done it though, occasionally in different places, and it’s really nice when you’re able to do it.”