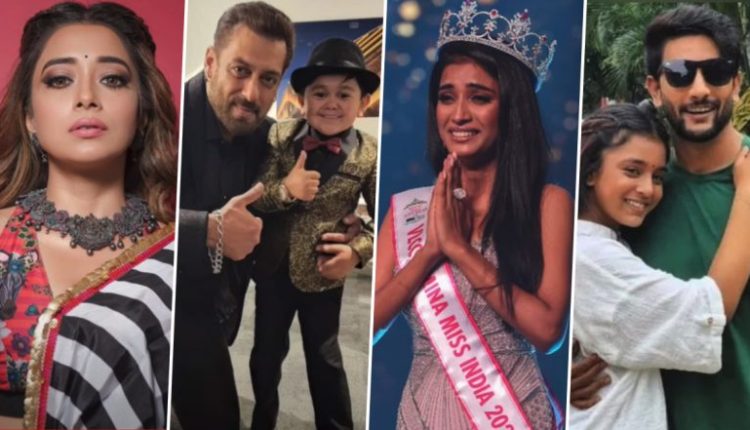 Bigg Boss 16 is all set to premiere from October 1, 2022. Hosted by Bollywood honcho Salman Khan, the hype about the controversial reality show is more than ever before. Bigg Boss 16, promises to be unique and this time, it will be seen challenging the contestants as it will play its own game. Bigg Boss 16: Uttaran Fame Tina Dutta to Be Part of Salman Khan’s Reality Show – Reports.

The most talked about thing right now about the show is the list of confirmed participants entering the show. Bigg Boss 16: Salman Khan’s Controversial Reality Show to Air on Colors TV From October 1 at This Time (Watch Promo Video).

According to reports by a YouTube channel, Imlie actors Sumbul Touqeer and Fahmaan Khan have moved out of the show as they will be entering Bigg Boss 16. Social media sensations Abdul Rozik, Suriya Mishra are much spoken to be a part of the show. Ace of Space contestant Prakriti Mishra, Miss India contestant Manya Singh, south actress Madirakshi Mundle, Tina Dutta, Sreejita De, Shivin Narang among many others are touted to join the show.

Take a look at the list of contestants below:

(The above story first appeared on Today News 24 on Sep 23, 2022 09:24 PM IST. For more news and updates on politics, world, sports, entertainment and lifestyle, log on to our website todaynews24.top).

Disha Parmar wishes Rahul Vaidya with adorable pic on his birthday: ‘Thankyou for coming into this world for me’