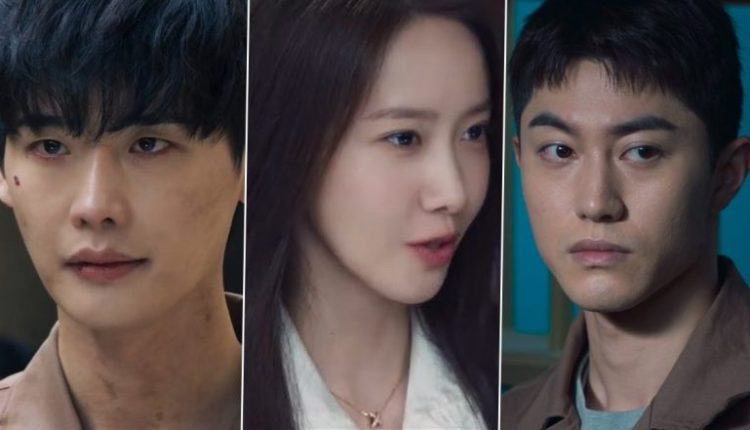 We admit romantic or slice-of-life or feel-good or comedy Kdramas make us go weak in the knees. They have been hogging our watchlists for a long time now. So we know! But it’s almost a disservice to not check out other brilliant genre content that South Korea comes up with. From horror to thriller to supernatural to paranormal to reality check, they have aced everything. So today, we would like to talk about one such series that’s gaining a lot of praise and rightfully so. We are talking about Lee Jong Suk and Yoona’s thriller series Big Mouth. Lee Jong Suk Expresses His Thoughts on Big Mouth, Says He Hopes Fans ‘Find It Worth the Wait’.

Big Mouth is a story about lawyer Park Chang-ho (Lee Jong Suk) who is unsuccessful and has earned the moniker ‘Big Mouth’ for speaking out of turn. But his life goes for a toss with him landing in jail when he is mistaken for a conman infamously called Big Mouse, which is spelt the same in Korean. The series is already four episodes down and we think you should start watching it right now.

Not sure? Let us give you five reasons…

1. The return of Lee Jong Suk

The last time we saw that good-looking face, Lee Jong Suk was the youngest chief editor forever in love with his friend. He was cute and dreamy. That was 2019. In 2022, he returns as Chang-ho. While he is still wildly good-looking, he isn’t the man of our dreams and then life goes worse. Jong Suk is a great actor but what’s even better is the way he chooses his projects. From a heart-fluttering lover boy role, he jumps into a man wrongly put in jail, breaking down and then soaring. The duality he shows in Big Mouth is simply unbelievable. It’s so good to see him back on screen!

What’s amazing is Big Mouth begins with Yoona and Suk’s troubled marriage with funny elements, so far removed from being the brutal survival drama that it turned out to be. Their love-hate relationship, the funny divorce arguments and then the meeting in the jail. The latter broke us in so many ways. Come to think of it, Suk really makes meeting in jail quite emotive (read W).

It’s amazing how swiftly the story shifts genres. From starting with several instances of proving what a worthless lawyer Chang-ho is, it switches to a conspiracy that wrongly lodges him in jail. How he rises up against bullying and torture to own the identity he is accused of…after all, is simply fab. After all, it is still all about survival of the fittest. If it provides you moments to cherish at the start, the last two episodes leave you scarred and also, give you the rush to see Suk’s character putting his foot down.

4. Not just a heroine

What’s admirable about a lot of Kdramas is that they don’t waste characters. Yoona’s Go Mi-ho doesn’t adhere to cliches or wallow in self-pity. While her husband fights inside the jail, she vows to prove his innocence outside of it. She tries to dig up all about murder and how a hospital is part of this scandal. If You Wish Upon Me First Look: Ji Chang-wook Cuddling Puppy By The Sea Reminds Kdrama Fans of The K2 And Im Yoona-ah (View Pics).

Since there’s a lot of mystery in the plot, the series spins thrilling twists and turns at every moment. You have no idea who is the real Big Mouse and so, you suspect everyone, including Chang-ho. That keeps you so hooked. The pure evil characters just give you shivers.

#BigMouth: Who really is the Big Mouse?

Me: the ex-bf, the other ChangHo?🤔

Where to watch it? While Koreans are enjoying it on MBC, you can check out the episodes on Disney+ Hotstar.

(The above story first appeared on Today News 24 on Aug 08, 2022 09:50 PM IST. For more news and updates on politics, world, sports, entertainment and lifestyle, log on to our website todaynews24.top).