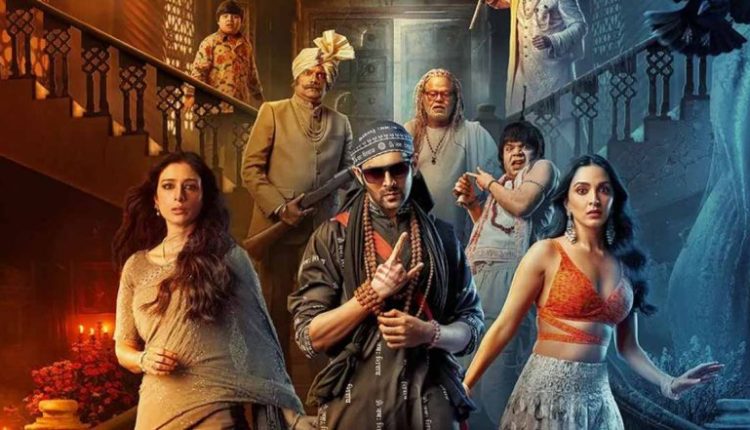 Kartik Aaryan’s Bhool Bhulaiyaa 2 is rock steady in theatres! The film entered its fifth week on Monday and continues to amaze the audience with its stellar performances and comic timings. The film hit the OTT platform Netflix last Friday and despite that, it is having a steady run in the cinema halls. Since its release on the OTT platform, it has been number one on the charts, beating blockbusters like RRR and Spider-Man: No Way Home. The film earned a total of 7 crores in theatres in the last five days, inching closer to the 200-crore club. Bhool Bhulaiyaa 2 Box Office Collection Week 5: Kartik Aaryan – Anees Bazmee’s Film Inches Closer To Rs 185 Crore Mark!

Bhool Bhulaiyaa 2 hit the screens on May 20 and surpassed everyone’s expectations as far as the numbers were concerned. In its first week, the film collected a total of Rs 92.05 crores, followed by Rs 49.70 crores in week 2. In the third week, the film did a business of Rs 21.4 crores and Rs 13 crores the following week. Continuing its winning streak, the film is expected to enter the 200-crore club very soon. Globally, the film has already crossed the magic figure. Bhool Bhulaiyaa 2 Box-Office: Kartik Aaryan’s Horror Comedy Beats RRR and The Kashmir Files’ Fifth Weekend Record, Film Crosses Rs 180 Crore Mark.

Directed by Anees Bazmi, Bhool Bhulaiyaa 2 is a horror-comedy drama with Kartik Aaryan, Kiara Advani and Tabu in lead roles. The film has been produced by Bhushan Kumar and Krishan Kumar under the banner T-Series Films and Murad Khetani and Anjum Khetani under the banner Cine1 Studios.

As he basks in the success of Bhool Bhulaiyaa 2, Kartik Aaryan has quite a few other projects lined up. He will be next seen in the Rohit Dhawan’s ‘Shehzada’ opposite Kriti Sanon. It is the Hindi remake of the Telugu blockbuster Ala Vaikunthapurramuloo, which starred Allu Arjun.