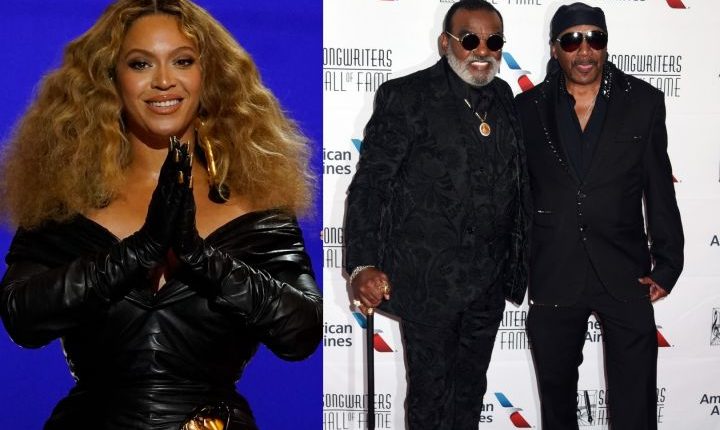 Another Beyoncé collaboration has been revealed.

The musician has now teamed up with Grammy Award-winning music legends the Isley Brothers and Ronald Isley for a smooth new rendition of their classic love ballad, “Make Me Say It Again, Girl”.

Composed by Ernie Isley, Marvin Isley, O’Kelly Isley, Ronald Isley, Rudolph Isley and Chris Jasper, “Make Me Say It Again, Girl” was originally featured on the Isley Brothers’ platinum-selling, The Heat Is On album in 1975.


READ MORE:
Read Beyoncé’s Personal Note To Madonna After Release Of Their ‘Break My Soul’ Remix

The collab will be included on the band’s highly anticipated, forthcoming album, Make Me.

Bey dropped her chart-topping seventh studio album Renaissance on July 29 and became the first artist to have all seven of their studio albums debut at No. 1 on the Billboard 200 chart. All 16 of the tracks on the new album found a home on the Hot 100.

She also recently teamed up with Madonna to release a remix of her track “Break My Soul”.