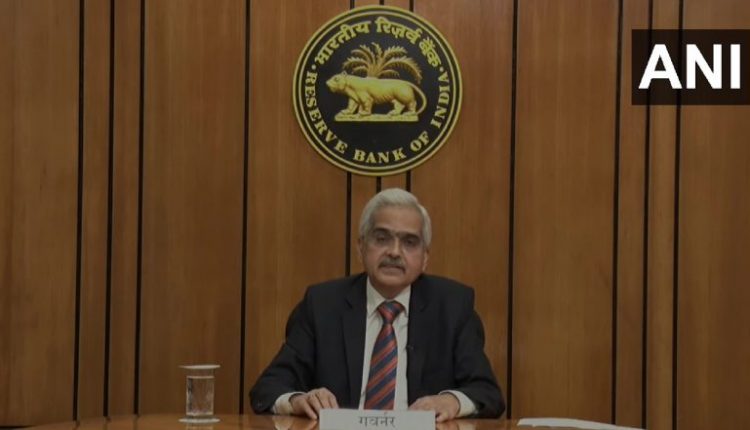 He said banks have already started to pass on the hike in repo rates to their depositors and the trend is expected to continue.

Also Read | The Benefits of ULIP Insurance – The Future of Investing?.

“When there is a credit offtake, banks can sustain and support that credit offtake only if they have higher deposits. They cannot be relying on the central bank money on a perennial basis to support credit offtake … they have to mobilise their own resources and funds,” Das told reporters during the post policy meeting.

The six-member Monetary Policy Committee (MPC) on Friday increased the repo rate by 50 basis points to 5.40 per cent and also decided to remain focused on withdrawal of accommodation to ensure that inflation remains within the target going forward, while supporting growth.

This is the third hike in a row by the RBI since May this year in its fight against inflation which has been hovering above the central bank’s tolerance band of 4-6 per cent. The consumer price index (CPI) based inflation stood at 7.01 per cent in June.

Following these rate hikes, many banks have increased their deposit rates to some extent.

“We expect deposit mobilisation to catch up with the credit very quickly,” Patra said.

Das said the most likely scenario is that the impact of the rate hike will be passed on by banks to the deposit rates.

“Already the trend has started. Quite a number of banks have increased their deposit rates in the recent weeks and that trend will continue,” he said.

Speaking on the liquidity scenario, the Governor said the RBI will do two-way operations for dealing with the prevailing liquidity situation.

He said last month there was a sudden squeeze on liquidity for about three to four days because of very high GST and other tax collections, and so, the RBI conducted a fine tuning operation of injecting repo of three days maturity.

“Our effort will be to ensure that there is adequate liquidity,” he added.

When asked whether there was a concern about higher amounts on bad loans being written off by banks, compared to recoveries and upgradation, Deputy Governor M K Jain clarified that these were technical and prudential write-offs without forgoing the right to recovery.

“All these loans are fully provided for and this reflects prudence and better position of the balance sheet,” Jain said.

He said in the last two-and-a-half years, there is a declining trend as far as write-offs are concerned and there is a rising trend of upgradation of non-performing loans.

A brain mechanism underlying the evolution of anxiety — ScienceDaily