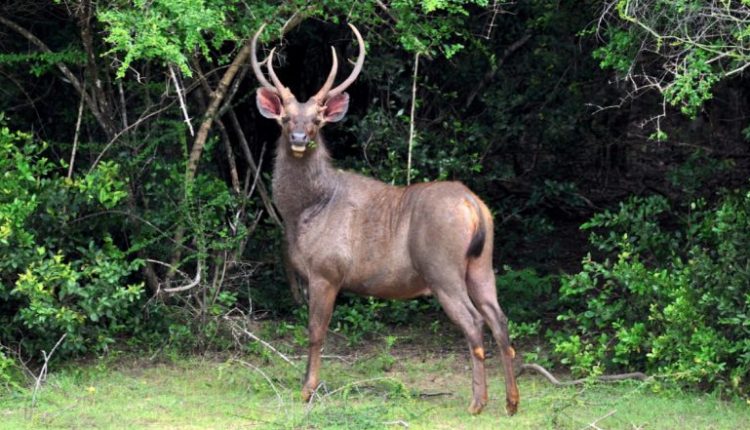 Kolkata, May 13: Scientists of the Zoological Survey of India (ZSI) have reported the first photographic evidence of Sambar deer in Pangolakha Wildlife Sanctuary and adjoining area of East Sikkim.

Spotting of Sambar (Rusa Unicolor) was not officially reported from Sikkim earlier. New Species of Tardigrade Found In Japan: Earth’s Smallest Animal Discovered At A Parking Lot In Tsuruoka.

The photographs of the animal were captured “by our camera traps placed at two locations,” ZSI Director Dr Dhriti Banerjee said. Sambar is one of the largest deer belonging to the family Cervidae. It is seen in India, Sri Lanka, Nepal, Bhutan and South China.

The study has opened up new avenues for further population monitoring and protecting habitats in and around the PWLS, Banerjee said.

Two of the 76 cameras used in the exercise captured photos of Sambar individuals and those of a female and a fawn.

The photographs were taken in April-May of 2019. Collating and crosschecking pieces of evidence took time for reporting the matter, Banerjee said.

How Charles and Camilla will face a colonial past during their St. John’s visit