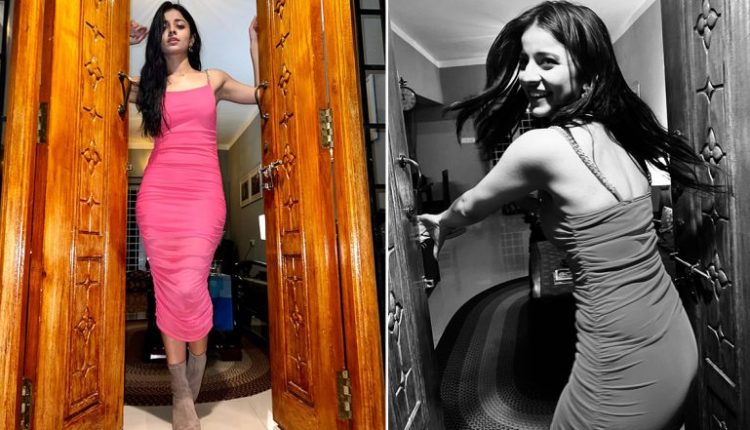 23rd birthday will be extra special for Antim: The Final Truth actor Mahima Makwana as it’s her first birthday away from home and amidst the scenic beauty of South India. As Mahima turns 23 today, she will be celebrating her birthday in Ooty, Coorg and Coimbatore with her best friends. Kajol Birthday: 7 Saree Looks By the ‘Ishq’ Actress That Are Elegance Personified

Mahima is an avid nature and mountain lover and has decided to travel away from the bustling city. She has chosen some striking locations for her birthday and it will be the first time the actor will be celebrating her special day away from the city, unlike every year. Sharing her excitement, Mahima in an interview said,”I have been planning this intimate celebration for some time now and this is the first time I will be celebrating my birthday away from home, in the lap of nature. Shalini Pandey Is a Bombshell in Blue Beachwear! Arjun Reddy Actress Shares Hot Pics from Her Maldivian Vacay.

I love nature and ringing in my special day in this extra special manner is the icing on the cake. I have been meaning to take a break for a while but due to my work commitments, I couldn’t. That’s why I’m super excited and surely looking forward to it!” Few hours ago, Mahima shared a picture of herself with the caption “23rd” In the picture, Mahina faced her back towards the camera and flaunted her pink bodycon dress with golden chain-style straps. Playing with her hair and making them in a high bun. She accessorized her look with statement jewellery.

Currently, the actor is in Coimbatore, Tamil Nadu with her friends. Unversed, Mahima made her debut in the film industry with Telugu Film Venkatapuram in 2017 and also bagged a big project in Bollywood alongside Salman Khan and Aayush Sharma-starrer film Antim: The Final Truth in 2021. Antim: The Final Truth is directed by Mahesh Manjrekar, produced by Salma Khan and is presented by Salman Khan Films.

She entered the entertainment industry through daily soaps such as ‘Mohe Rang De’ on Colors TV, ‘Balika Vadhu’, etc. On the work front, Mahima has an interesting lineup, she will be seen in the much-awaited social comedy ‘Bas Karo Aunty’ jointly produced by Siddharth Roy Kapur, Ronnie Screwvala and Nitesh and Ashwiny Iyer Tiwari.