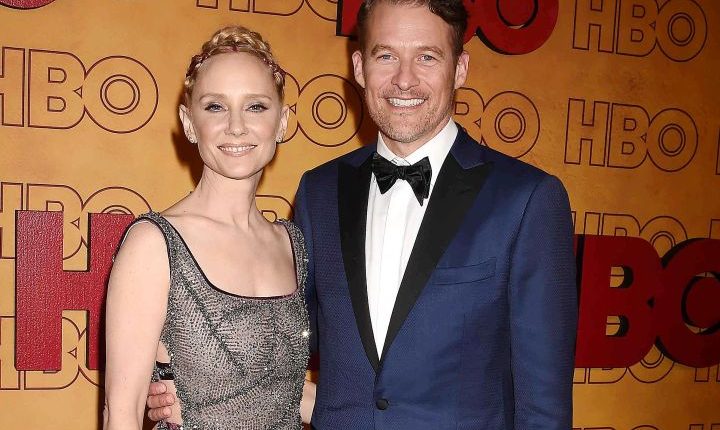 By Miguel A. Melendez‍, ETOnline.com.

Tupper took to Instagram on Friday and posted a throwback photo of Heche and their son, Atlas. In the caption the “Men in Trees” star wrote, “Thoughts and prayers for this lovely woman, actress and mother tonight anneheche. we love you.”

The actor got an outpouring of support in the comments section. One person wrote, “Thinking about you and Atlas and Anne. Sending healing prayers and love.” Another wrote, “so sorry to hear of Anne’s accident, sending love to you Attie , Homer, & and most of for Anne , that she has a speedy recovery.”

Heche and Tupper dated for more than a decade before they split in 2018. They met in 2006 when they co-starred in “Men in Trees”. Heche is also the mother to 19-year-old Homer from her previous marriage to Coleman Laffoon.


READ MORE:
Anne Heche Says Ellen DeGeneres Didn’t Want Her to ‘Dress Sexy’ When They Were Together

The actress was hospitalized Friday after crashing her car in the Mar Vista area of Los Angeles.

A public information officer for the Los Angeles Police Department told ET that, at 10:55 a.m., a vehicle collided into a residence located at the 1700 block of Walgrove Ave, though they would not identify the driver, describe the car they were driving, name the hospital or disclose any injuries.


READ MORE:
Anne Heche Reveals Why Harrison Ford Is One of Her ‘Heroes’ After Standing Up for Her (Exclusive)

Per the LAPD, the vehicle became engulfed in flames and the driver was transported to a local hospital for medical treatment by an ambulance.

Meanwhile, the Los Angeles Fire Department said that the solo passenger vehicle in question struck and came to rest well within a 738-square foot two-story home, causing structural compromise and erupting in heavy fire prior to LAFD arrival.

TMZ, which was first to report the news, said Heche suffered burns in the fire and had to be intubated in the hospital. The cause of the crash is currently unclear.