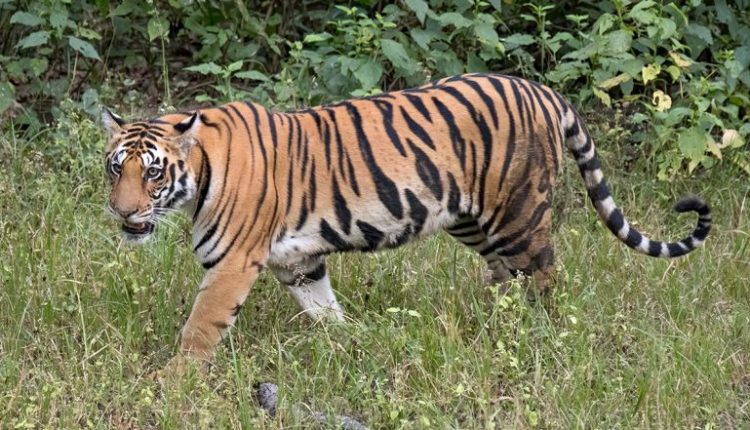 The 95 sq km area is adjacent to JCNP, and was notified as a tiger reserve in 2012. It was originally part of the JCNP, prior to the formation of Uttarakhand, which was carved out of Uttar Pradesh. ATR forms an extension of and buffer to JCNP and is home to tigers, leopards, elephants and a wide variety of animal species. International Tiger Day 2022: From Ranthambore to Periyar Tiger Reserve, 5 National Parks To Have the Best Tiger Sighting Experience.

Lalit Verma, Chief Conservator of Bareilly zone, under whose jurisdiction ATR falls, said, “The Amangarh Tiger Reserve has immense potential to attract tourists. Therefore, our plan was to develop it as an alternative to JCNP, which always remains under pressure due to the high influx of tourists during the season.”

Verma said that a detailed project report to develop it as a potential tourist spot has been sent to the state government for approval and they are hopeful of inviting tourists from mid-November onwards.

He added that the local youth, who have interest in nature and wildlife, will be inducted as tourist guides so that they could get employment. Verma said a batch of youth has already been trained as guides, and gypsies would also be registered to start safari in the reserve. He said the ATR would not only provide employment to local youth, but also help boost the economy of the area through the influx of tourists during the season.

As the reserve is internally connected to the jungle of JCNP, tigers, elephants, leopards and other animals easily venture into the reserve. A drive inside the reserve leads to the Jhirna range of JCNP. Amangarh will be the third tiger reserve in UP after Dudhwa Tiger Reserve and Pilibhit Tiger Reserve.

(The above story first appeared on Today News 24 on Sep 23, 2022 06:01 PM IST. For more news and updates on politics, world, sports, entertainment and lifestyle, log on to our website todaynews24.top).