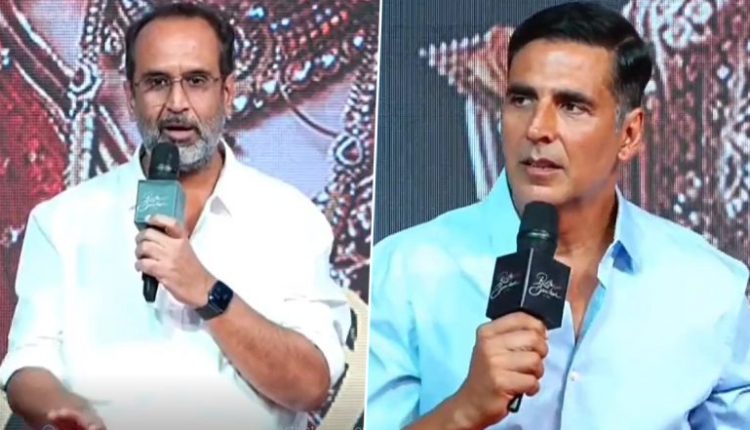 Actor Akshay Kumar feels that there are many similarities between him and director Aanand L Rai. On collaborating with Rai on Raksha Bandhan after Atrangi Re, Akshay said, “I were to describe Aanand sir, it would be a warm hug. That’s what being around him feels like. He’s someone who I feel is very honest and passionate about his craft. Hence, he won’t make you do something which isn’t being honest to the character of film.What makes us click is that I feel we are very similar as people, simple living, love for food, can’t sit idle, even if it’s just Ludo, we play in our free time.” Raksha Bandhan: Akshay Kumar Playing ‘Chidiya Udd’ Game with His Onscreen Sisters Will Make You Relive Your Childhood Memories (Watch Video).

Akshay will be seen sharing screen space with Bhumi Pednekar in Raksha Bandhan, which is scheduled to release on August 11. To note, Raksha Bandhan marks Akshay’s second collaboration with Bhumi after their 2017 release Toilet: Ek Prem Katha. Directed by Rai and written by Himanshu Sharma and Kanika Dhillon, the film is produced by Colour Yellow Productions, Zee Studios, and Alka Hiranandani in association with Cape Of Good Films. Raksha Bandhan Song Dhaagon Se Baandhaa: Akshay Kumar Showcases Love For His Reel Sisters In This Melodious Track (Watch Video).

Apart from Akshay and Bhumi, Raksha Bandhan also stars Sahejmeen Kaur, Deepika Khanna, Sadia Khateeb and Smrithi Srikanth who will be seen as Khiladi Kumar’s sisters. The film was shot in Delhi last year. A few days ago, Akshay dropped some behind-the-lens pictures from Raksha Bandhan. Taking to Instagram, the ‘Prithviraj’ actor shared a string of behind the scene pictures, to which he captioned, “A film celebrating the most special bond where there genuinely was a lot of bonding Sharing a few special moments of this very special film, coming to a theatre near you in 1 month. #RakshaBandhan releasing on 11th August in cinemas.”

In the first picture, Akshay was seen hugging Rai and Bhumi with an eye-blink expression. In the second picture, the ‘Raanjhana’ director was seen giving a warm hug to Akshay, while he sits on a chair in a blue-checked shirt.