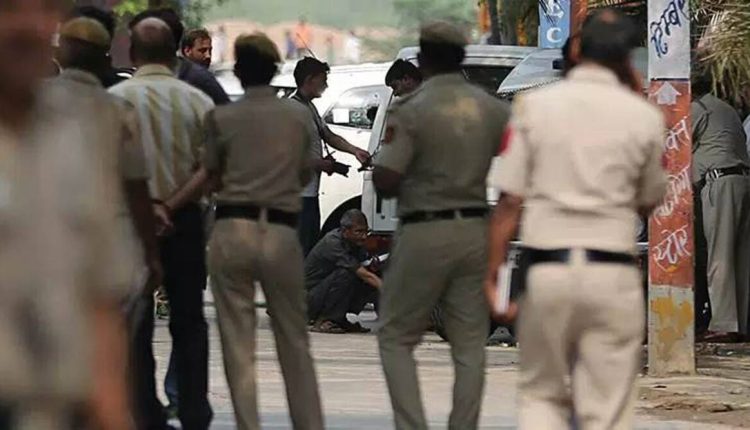 Haryana Police have allowed one of its officers to draw salary for the post of ADGP (human rights and litigation), despite such a post not having been sanctioned in the Commissionerate of Gurgaon, The Indian Express has learnt.

In February this year, the state government had appointed an ADGP rank IPS officer Kala Ramachandran as Commissioner of Police, Gurgaon. However, just four days after her appointment, the Gurgaon police had informed the state police headquarters that “the post of ADGP is not sanctioned in Commissionerate of Gurgaon” adding “only one post of IGP is sanctioned in Commissionerate of Gurgaon”. Then, the Gurgaon police also requested the salary of Kala Ramachandran be attached with another unit.

In response to this, the state police headquarters informed the Gurgaon police that the salary of Kala Ramachandran may be withdrawn against the vacant post of state ADGP (human rights and litigation) till further orders.

When the state government took the decision to opt for the commissionerate system for Gurgaon in 2007, it was categorically mentioned in the notification of home department that “an Inspector General of Police (IGP), known as Commissioner of Police, shall be the head of the police force in the commissionerate.”

“There shall be a joint commissioner of police in the rank of Deputy Inspector General of Police to assist the commissioner in discharge of his duties and responsibilities,” the notification then read.

Sources in the police department said that instances of an ADGP rank officer being posted against an IGP rank post is not limited to Gurgaon merely.

“In the field, there are eight IGP rank assignments in Haryana, with only three such officers being posted — at the Hisar and Karnal police ranges and Faridabad Commissionerate. At five other places — Ambala, Rohtak, south police ranges, Gurgaon and Panchkula Police commissionerates — ADGP rank officers have been posted at IGP rank posts. Most of the IPS officers prefer their postings on the field, instead of police headquarters, even after attaining seniority in the department. However, sometimes this causes heartburn among IGP rank officers who want to lead the police range as per their seniority.”

The issue of ADGP rank officers’ posting at police range level and commissionerate level has been raked up by a section of IPS officers at a time when questions are being raised over the promotion handed to several IPS officers in the past few years. Sources said the government is now “legally examining” the promotion of IPS officers from the 1994, 1996, 2001, 2003 and 2004 batches done in the past few years. Sources further said that the state home department has been discussing the issue with top officers of the police force too.

A senior officer of the state government told The Indian Express that the promotions were done as per rules and with prior approval of the Chief Minister and Home Minister.